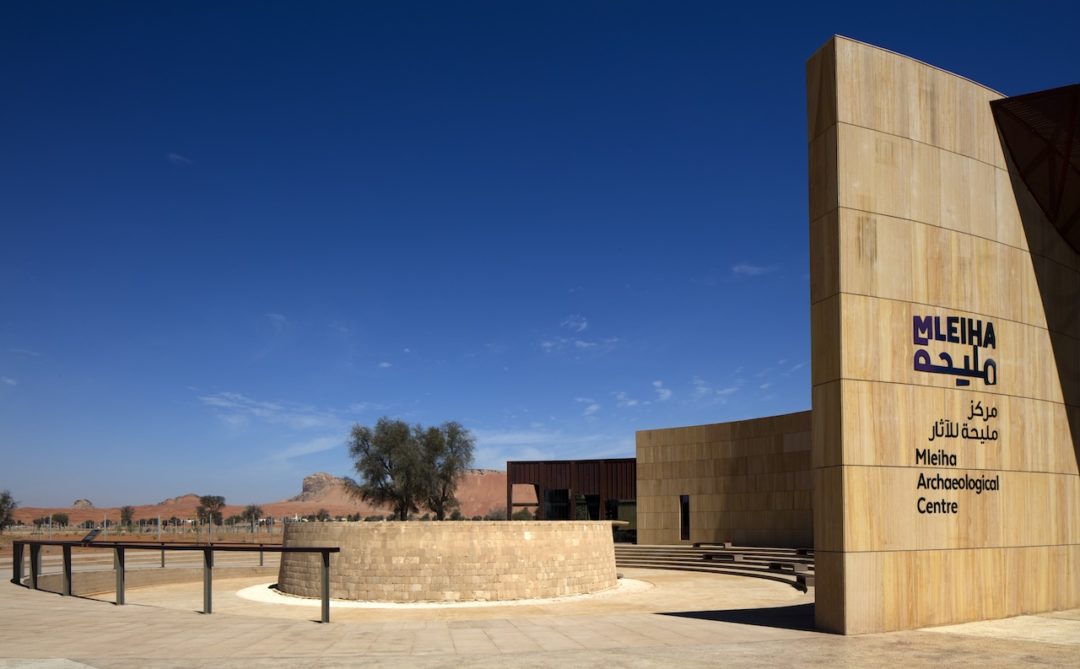 From raising the bar for responsible development, to honouring its rich heritage through a raft of well-considered restoration projects, the culturally attuned emirate has formed an architectural imprint that’s unique to the region.

In the popular imagination, the topography of the United Arab Emirates (UAE) has become more synonymous with brashly futuristic architecture, than it is with arid landscapes awash in earthy tones. After all, the Emirati aesthetic of high rises glinting with glass curtain walls is reflective of the federation’s monumental rise as a globalised business hub.

Within the span of several decades, following the discovery of oil in the 1960s, more traditional lifestyles such as that of the peripatetic Bedouins have largely given way to one firmly rooted in economic prosperity. This has translated into a preponderance of hyper-modern edifices commanding a view of the superlative (see: Dubai’s Burj Khalifa).

While in step with the country’s blistering pace of development, one emirate has eschewed cold commercialisation for a more culturally and environmentally sensitive slant on architecture. Sharjah, named Cultural Capital of the Arab World in 1998 and subsequently World Book Capital in 2019 by UNESCO, has long shone as an antithesis of the philistine. Its built environment bears testament to this. 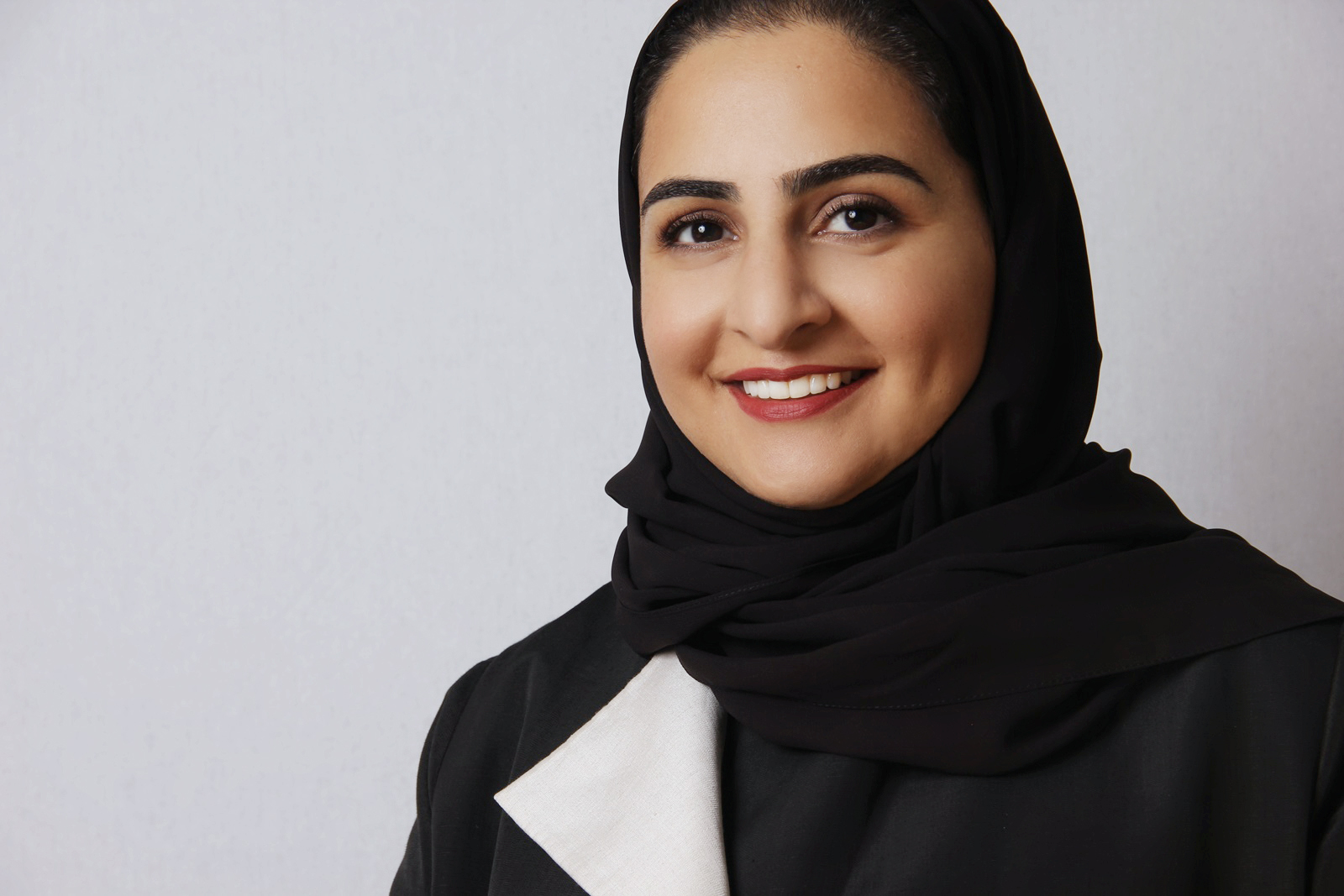 “As we still have a lot of land to develop in these parts of the world, the idea of repurposing is still foreign to us. But instead of abandoning our past to build something new and glamorous, we should see the value in enriching cultural experiences. What we are doing is adding layers to the projects, as people feel more connected to them through history.” – Khawla Sayed M. Al Hashimi, director of project development, Sharjah Investment and Development Authority (Shurooq)

Here, an emphasis on intellectual pursuits has resulted in projects such as the upcoming House of Wisdom, a 12,000m² Foster and Partners-designed library and cultural centre with a distinctive floating roof. The building, commissioned to commemorate the city’s World Book Capital designation, is among Sharjah’s cultural draws. 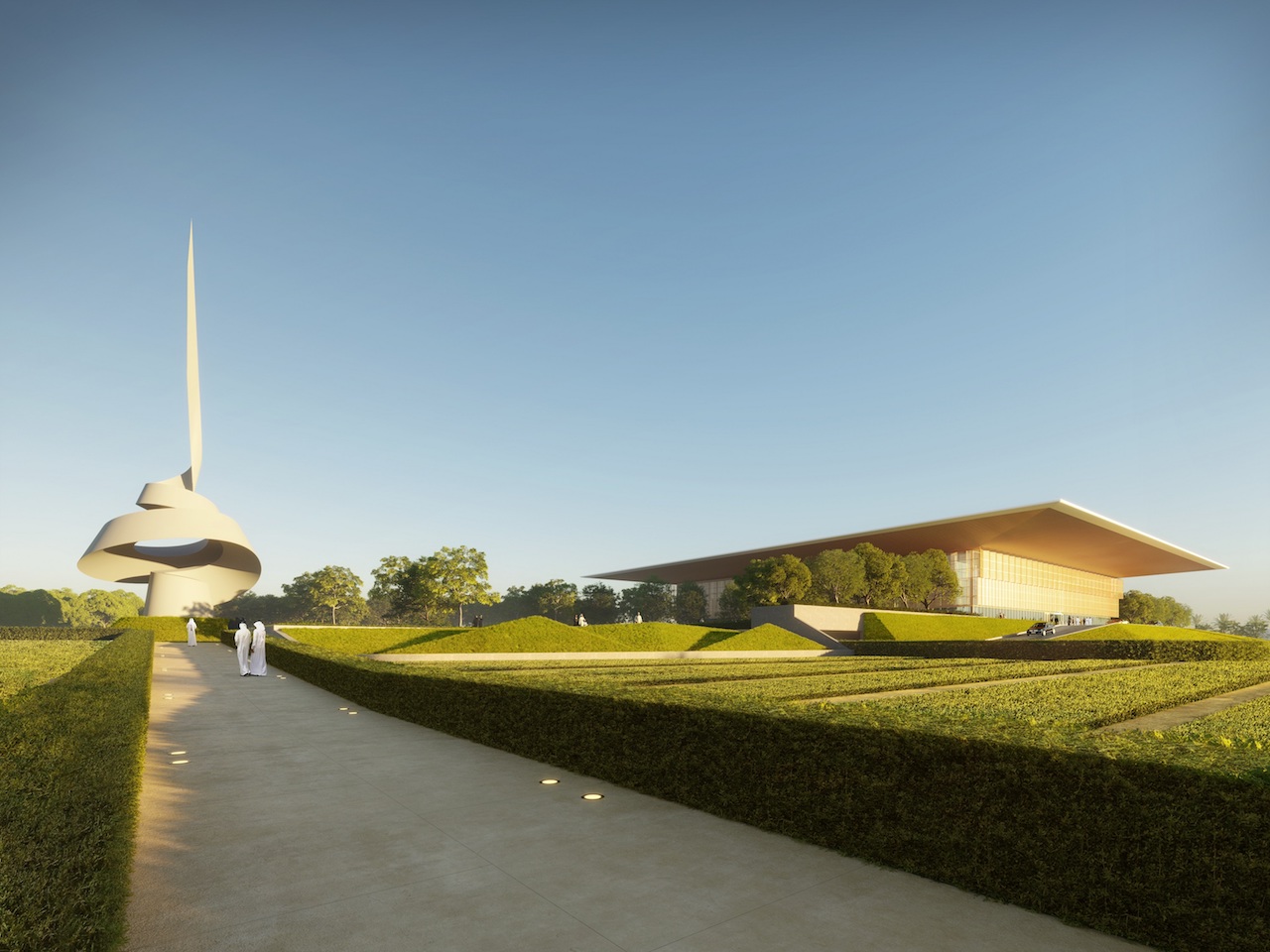 House of Wisdom designed by Foster + Partners is a state-of-the-art public library that marked the emirate’s status as the UNESCO World Book Capital 2019.

“Sharjah has a distinctive focus on education, culture and the arts, which is evident from its proliferation of cultural spaces. There are more than 24 of these under the Sharjah Museums Authority, and they have a smaller environmental footprint as well as a dedicated budget for management and public outreach programmes,” says assoc prof Juan Roldan, who is from the College of Architecture, Art and Design at the American University of Sharjah (AUS).

Beyond plonking down state-of-the-art cultural infrastructure, perhaps what sets Sharjah apart from other UAE destinations is a reverence for its rich history – which winds back more than 130,000 years. At the centre of its preservation efforts is the Mleiha Archaeological and Eco-tourism Project, which comprises a visitor centre built around a Bronze Age tomb, a fort and – more recently – the ultra-exclusive Al Faya Retreat.

Al Faya Retreat by Dubai- and London-based practice Anarchitect is an example of adaptive reuse project that conserves the emirate’s heritage.

While ancient excavations and high-end hospitality may seem like strange bedfellows, the five-key hotel – which appears to be embedded in sand – spells unobtrusiveness and sequestered luxury. The boutique bolthole was repurposed from a 1960s clinic and grocery store, with passive cooling and lighting features to boot, showcasing Dubai firm Anarchitect’s fidelity to sustainability.

Ironically, what’s striking about both the retreat and visitor centre is how they seamlessly blend into the desert surroundings. For instance, the latter was rendered by Dabbagh Architects as a double curve that mirrors the nearby Fossil Rock Mountains, out of regionally-sourced sandstone plus copper that references the Bronze Age site.

It may come as a surprise that both projects were developed by the Sharjah Investment and Development Authority (Shurooq). As government investment entities go, it has emerged as something of a trailblazer in championing responsible, vernacular design.

Its director of project development, Khawla Sayed M. Al Hashimi, shares that a motivation to look beyond financial incentives has underpinned Shurooq’s development strategy. “As we still have a lot of land to develop in these parts of the world, the idea of repurposing is still foreign to us. But instead of abandoning our past to build something new and glamorous, we should see the value in enriching cultural experiences. What we are doing is adding layers to the projects, as people feel more connected to them through history,” she explains. 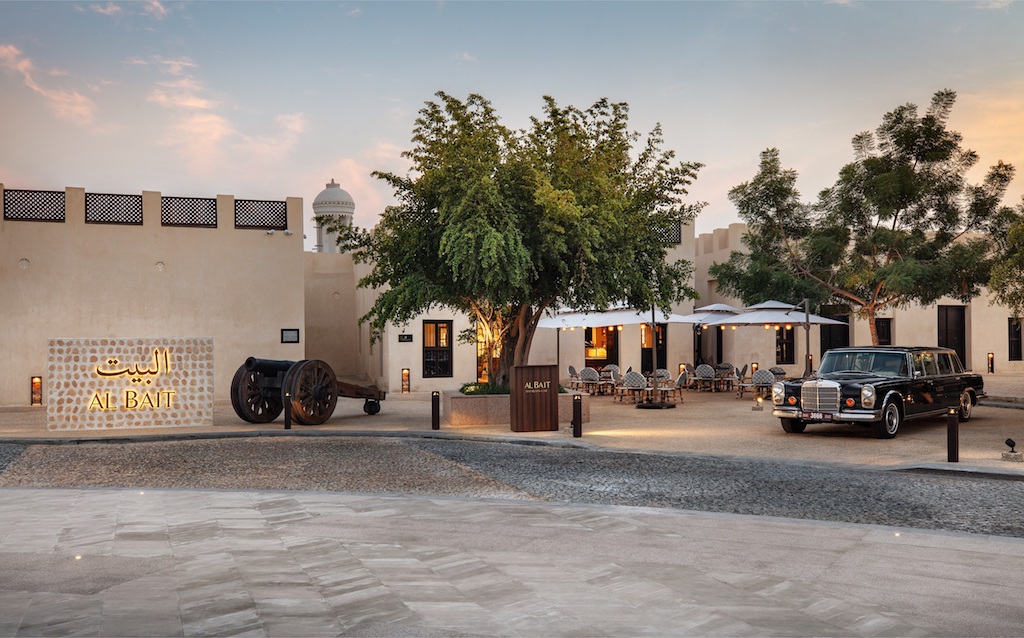 The Chedi Al Bait, Sharjah by Godwin Austen Johnson is sited within the former mansion of a local aristocratic family.

The trained architect revealed that in ensuring each area’s historical antecedents are accorded with appropriate respect, Shurooq works closely with its coterie of international architects and designers. “We tend to get deeply involved in projects, as we know our land with all its context and history. What we aren’t familiar with, we find out by interviewing people; going to our grandparents and asking what we should be celebrating about the place.” shares Ms Al Hashimi.

The director is a proponent of traditional knowledge. She recounts being lectured by local elders, while building a prototype villa in a former fishing village, about incorrect building orientation. “Using traditional words I had a hard time understanding, they described how we’d block the wind, which blew from different directions according to the seasons. I was standing there with my consultants from around the world, and realised that the old men actually had a point,” says Ms Al Hashimi.

“Sharjah has a distinctive focus on education, culture and the arts, which is evident from its proliferation of cultural spaces. There are more than 24 of these under the Sharjah Museums Authority, and they have a smaller environmental footprint as well as a dedicated budget for management and public outreach programmes.” – Juan Roldan, associate professor, College of Architecture, Art and Design, American University of Sharjah. 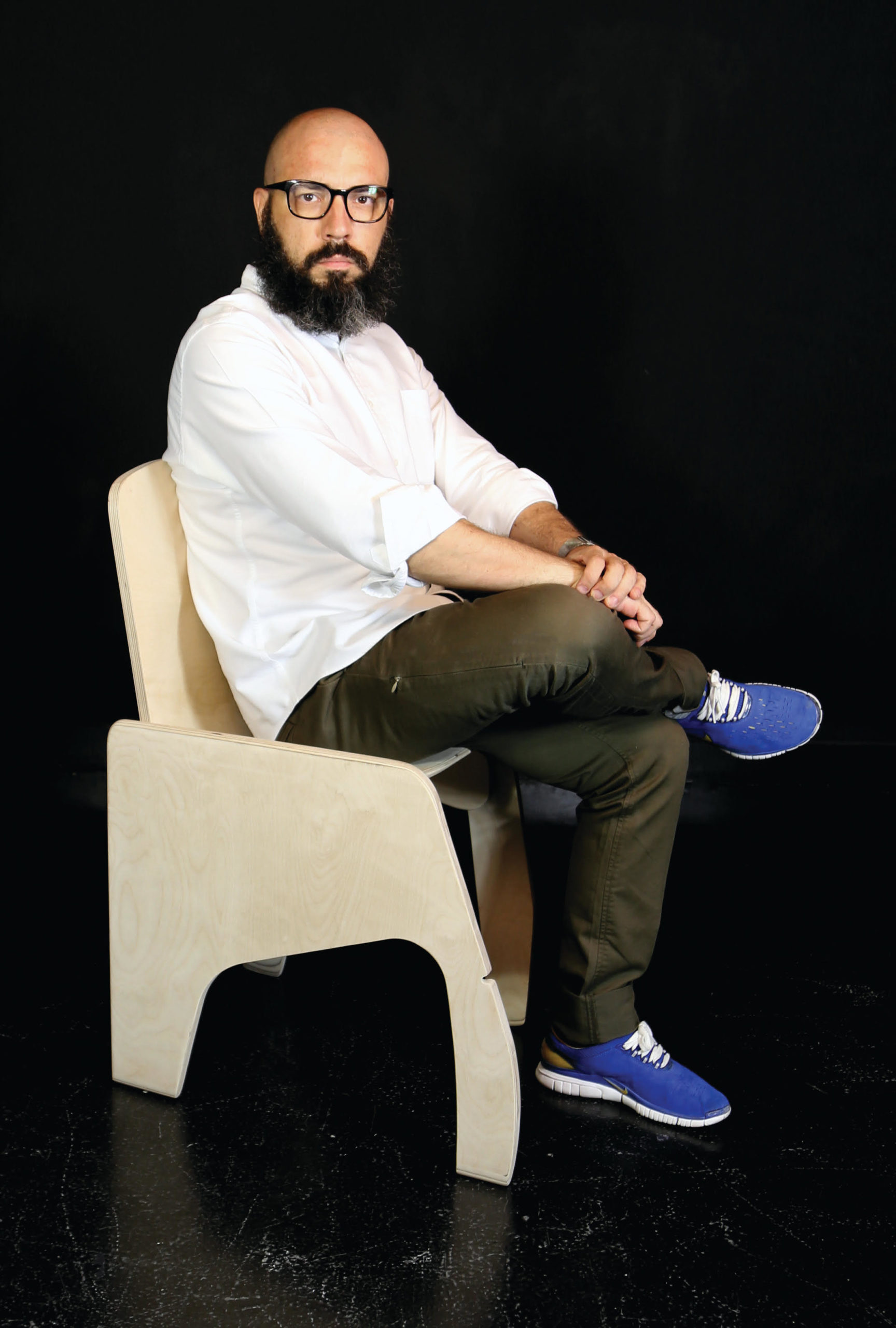 Academic Juan Roldan has been teaching and mentoring design and architecture students at the American University of Sharjah. He is also the curator of the inaugural Dubai Festival of Architecture that will take place in November 2020 alongside Dubai Design Week.

Such a keen situational awareness is also exemplified in Sharjah-bred architect and designer Pallavi Dean, the founder and chief creative director of Dubai-based interior design studio Roar. “Growing up, Sharjah, was always the laid-back town. Dubai was seen as bold, and Sharjah observant and cautious. I would say I’ve taken that away with me, “she shares, adding that her practice embraces duality in a wild, artistic side as well as one that is grounded in research and precepts of functionality. “My design philosophy bridges the two with a deep undercurrent of empathy,” she says. 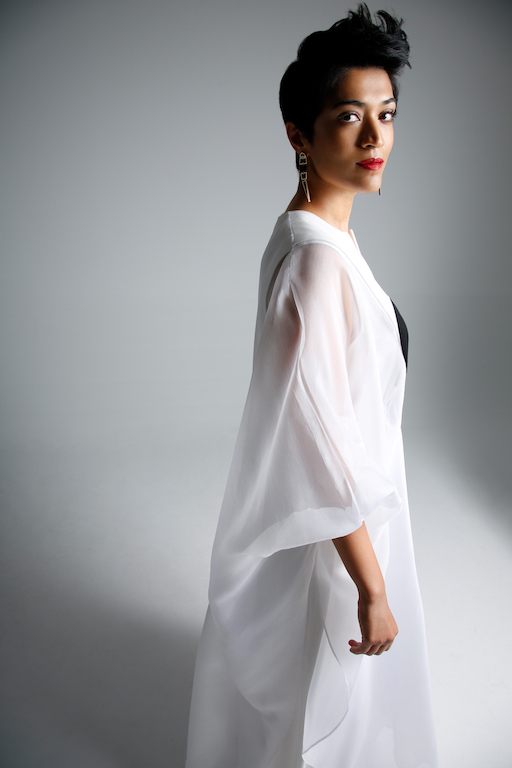 Pallavi Dean is the founder and creative director of Dubai-based multi-award-winning practice Roar Design Studio. She is an alumnus of the American University of Sharjah.

Ms Dean’s contemplative nature is writ large on her catalogue of work, which includes non-profit organisation Sheraa’s Sharjah Entrepreneurship Centre. Housed within the American University of Sharjah, the bright and cheery incubation centre for tech entrepreneurs and start-ups boasts an open floor plan plus spaces such as a coding and prototyping lab and an amphitheatre. “The space changes and ranges in motion and movement throughout the day, or month. The real base of the design was the fact that it had to be completely multi-functional and adaptable,” she explains. 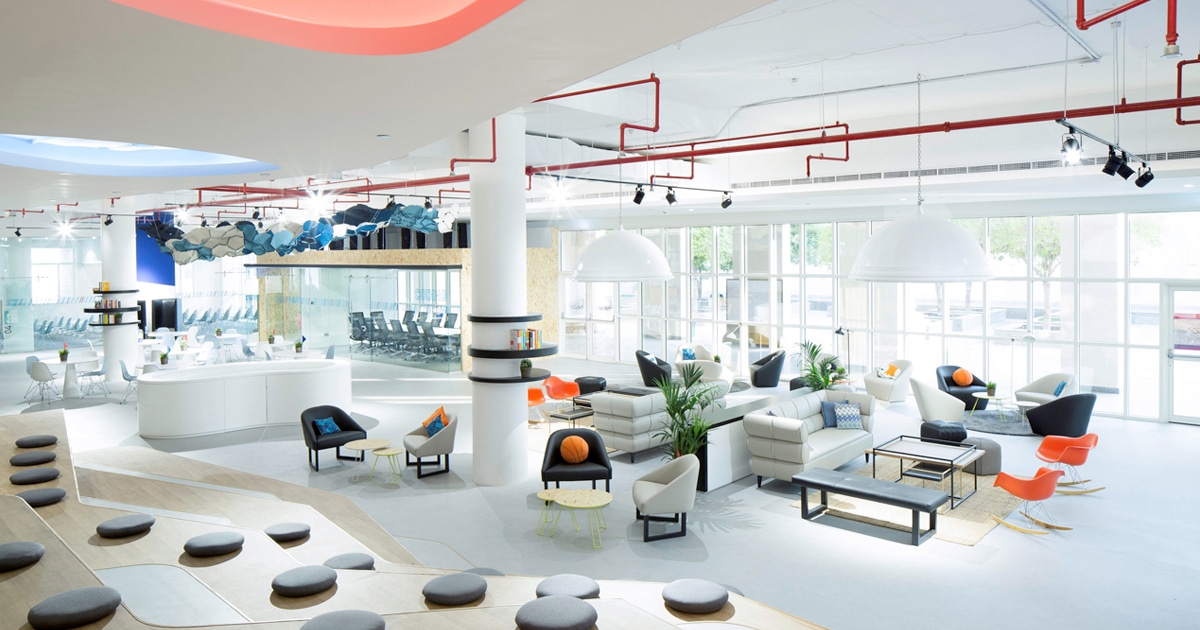 Sharjah Entrepreneurship Center, also known as Sheraa is an incubation centre for start-ups. It was designed by Roar Design Studio.

Ms Dean is an alumnus of American University of Sharjah, which has arguably produced some of the region’s top industry talents. “Alumni such as the respective founders of X-Architects, Roar and Shape Architecture Practice and Research are part of a generation of mature home-grown professionals who have a deep understanding of cultural and social context. Each of them displays a respectful approach to design through a highly sensitive awareness of the built environment – taking into account the region’s past problems and future opportunities,” asserts assoc prof Roldan. 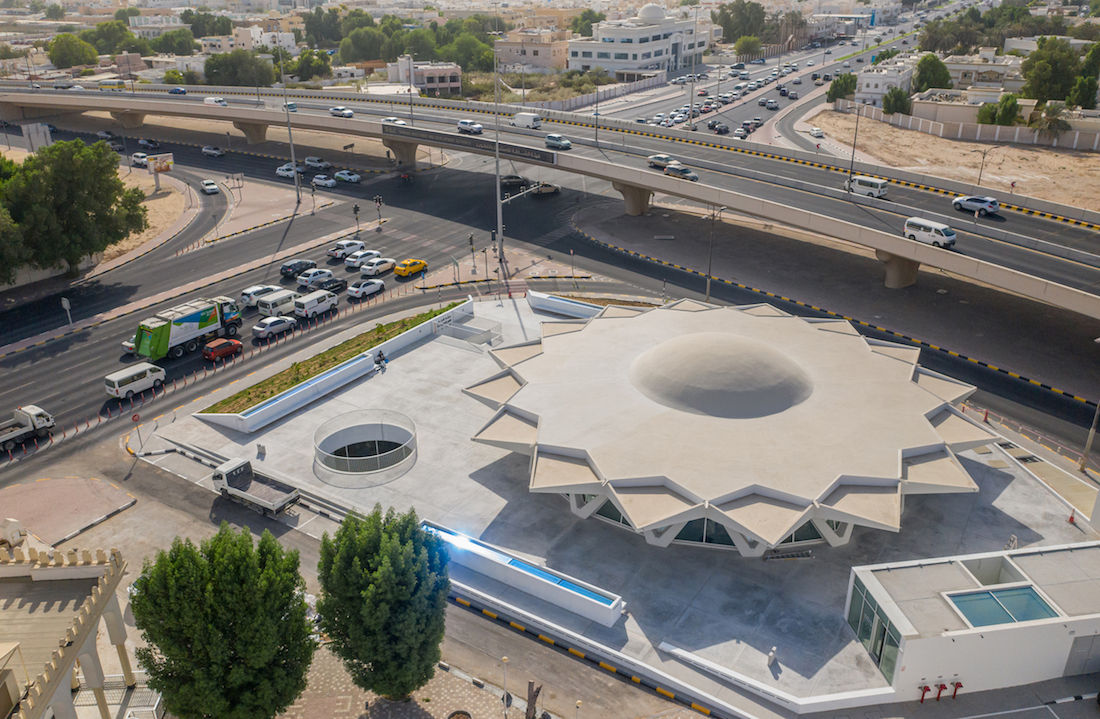 Flying Saucer, a ’70s landmark Brutalist restaurant and supermarket has been restored and recently reopened as a cultural institution and exhibition centre by the Sharjah Art Foundation.

Context, as it goes, is everything. The old aphorism has a particular resonance in Sharjah’s city proper, where strikingly geometric modernist buildings such as the Flying Saucer – a 1970s French restaurant reimagined into an exhibition space for the Sharjah Art Foundation – and heritage homes-turned-five-star resort The Chedi Al Bait, Sharjah, add depth to its rich urban narrative. At the same time, the decidedly contemporary city manages to avoid pandering to orientalist clichés.

The Chedi, Al Bait in Sharjah is a restored mansion that has been transformed into a luxury heritage hotel.

“I see Sharjah as building on its heritage, rather than importing something from Hong Kong or London. They are creating their own little unique design identity.” – Pallavi Dean, founder and creative director, Roar Design Studio

Interestingly, the latter topic anchored the inaugural Sharjah Architecture Triennial in 2019, which tackled regional stereotypes. According to assoc prof Roldan, the event has provoked high-level intellectual discussion on the region’s architecture, in relation to globalisation and sustainability issues.  For Ms Al Hashimi, responsiveness to context has allowed Sharjah to balance modernity with heritage.

“There are things we can learn from the past that could benefit our design. But it is not about putting in a wind tower to look traditional; if it doesn’t have a function you respect it enough to either give it one or not use it at all,” she explains.

The outspoken individual posits that a holistic approach to design, as opposed to single-mindedly chasing singular aesthetics or elite certification in sustainability. “It’s about everything working in harmony to make the whole experience special. The architecture may be beautiful in its location in Mleiha, but can I pick it up and put it in the middle of Sharjah? Certainly not,” she muses. 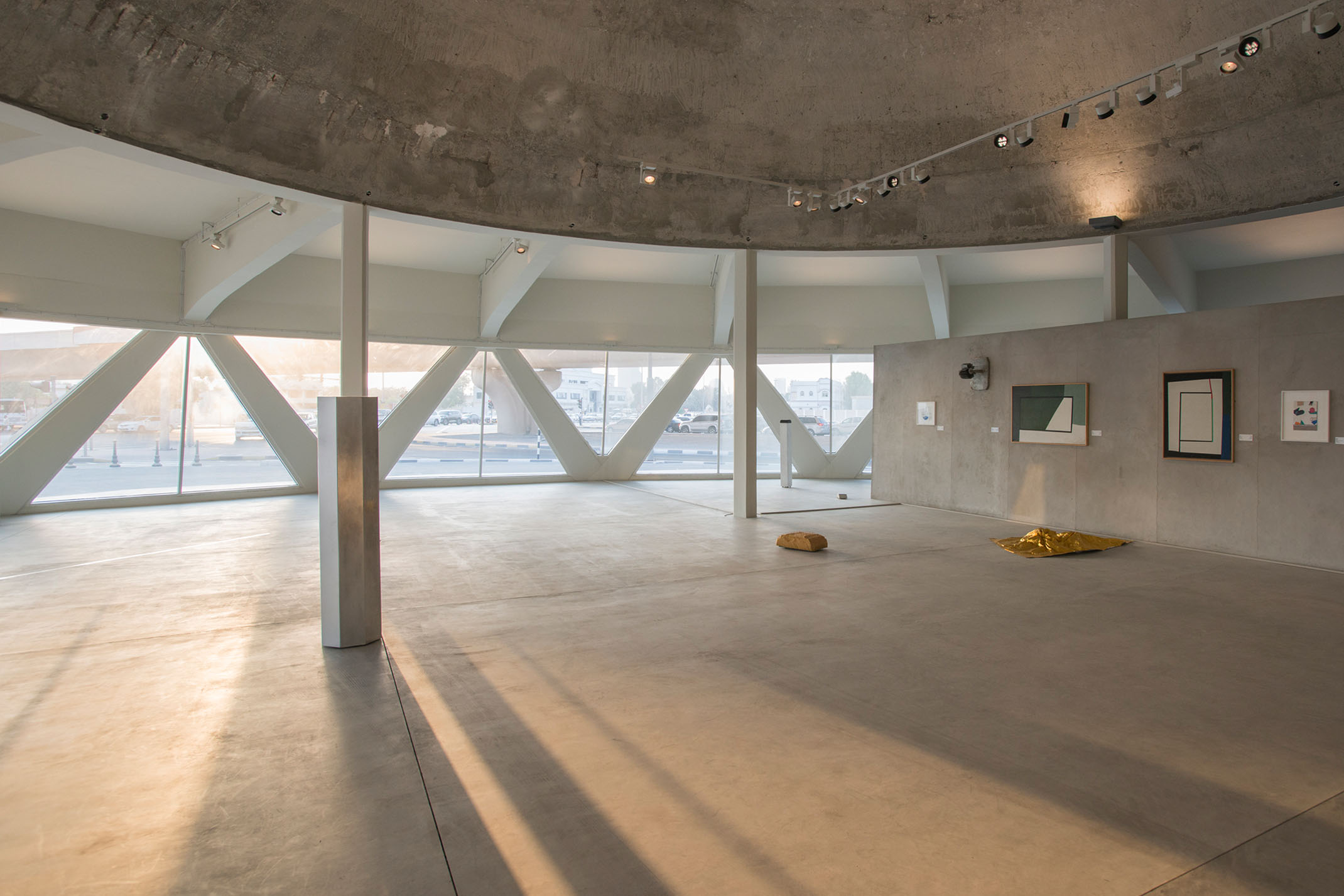 Flying Saucer will be used to host art exhibitions and live events by the Sharjah Art Foundation.

It seems like Shurooq’s overarching philosophy towards development has paid off. Ms Al Hashimi shares that in the wake of the ongoing pandemic that has hobbled international travel, domestic tourism in Sharjah – which is typically overlooked for its glitzier neighbour Dubai – has surged. The emirate has drawn visitors seeking authentic culture and to be immersed in vast nature. Clearly, Sharjah’s economic and cultural interests are intertwined. 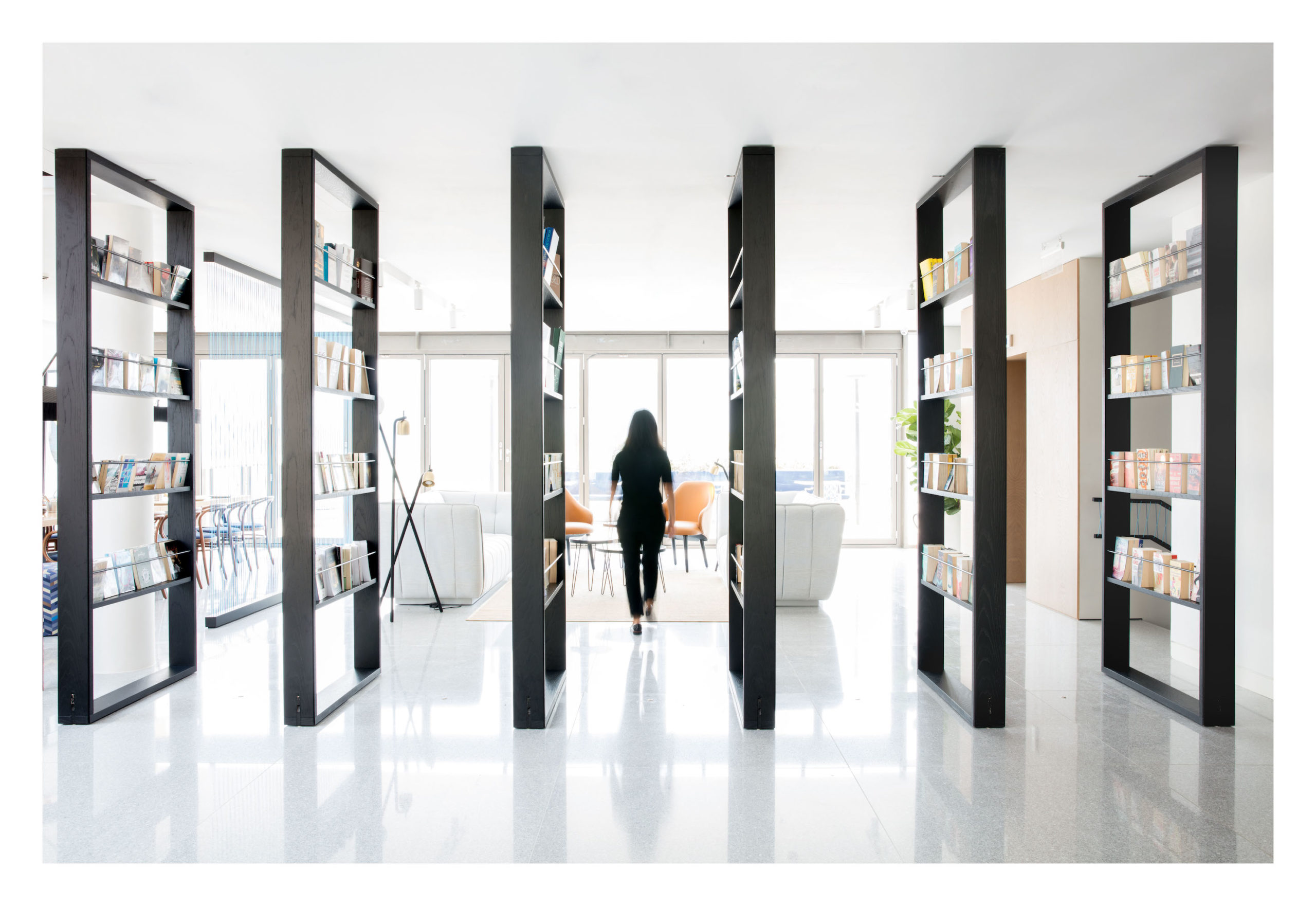 For Ms Dean, who spends weekends in Sharjah, the city continues to grow in cultural awareness. “I see Sharjah as building on its heritage, rather than importing something from Hong Kong or London. They are creating their own little unique design identity,” she concludes. 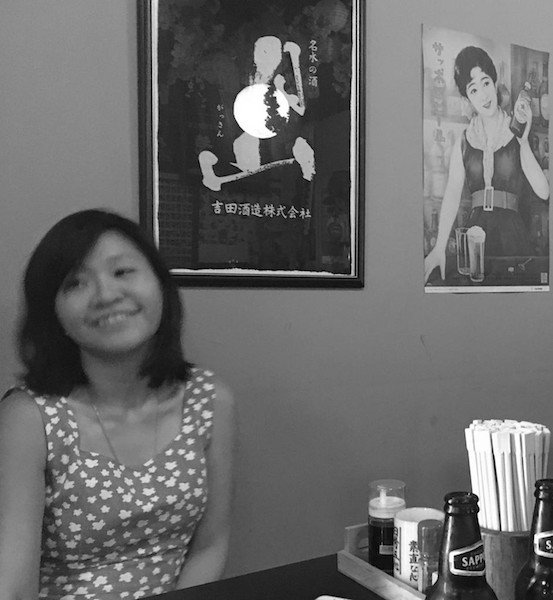 Cara Yap is a former travel editor who contributes pieces on thought leaders and social entrepreneurs to the likes of CNA Luxury and Singapore Magazine. She has a penchant for country roads that disappear into hills and end at the coast, plus cities with mouldering architecture. Yap is averse to minimalism; the curlicues and embellishments of the Art Nouveau style speak to her love of excess. When she is not covering in-depth human interest features and lifestyle pieces, she runs her backpacker’s hostel in Indonesia. 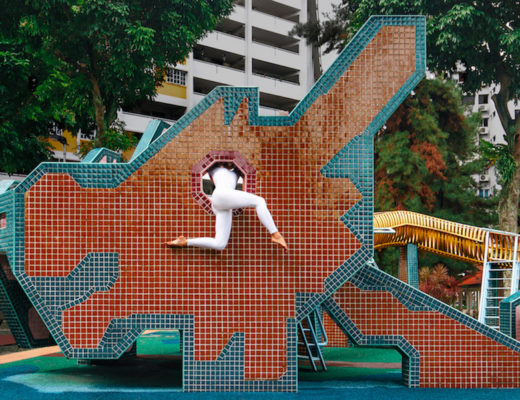 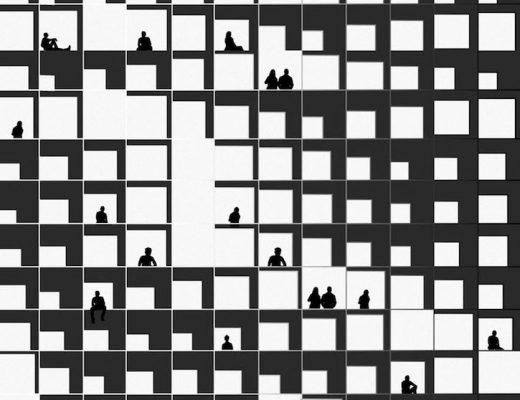 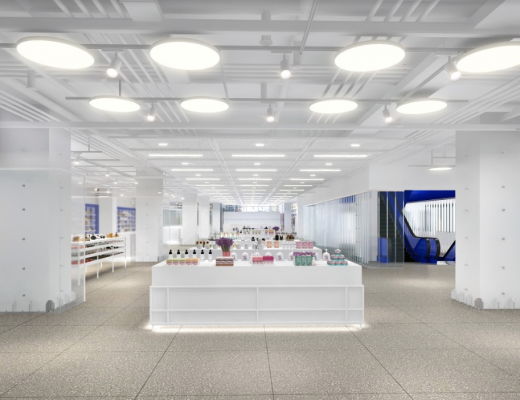