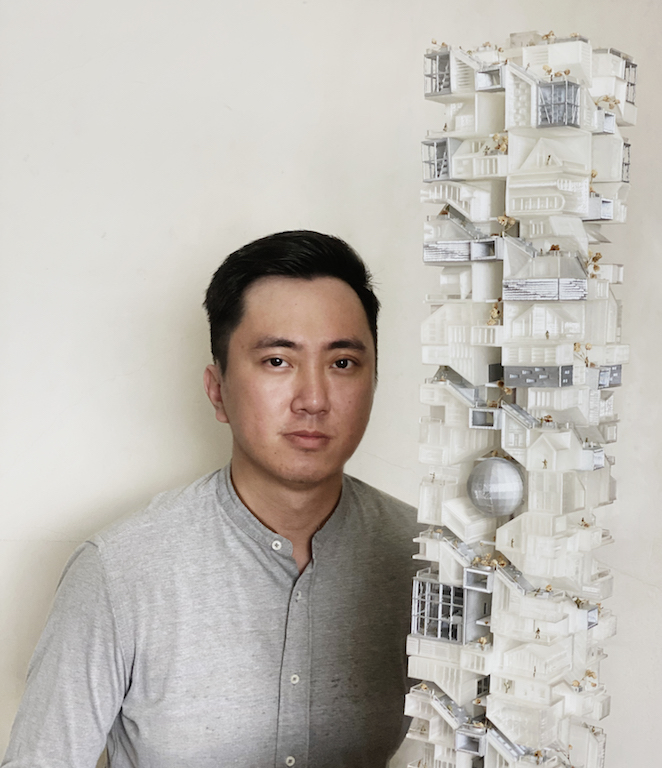 Bryant Lau Liang Cheng, an up-and-coming Singaporean architect, who graduated in 2019 from the National University of Singapore with a Master’s in Architecture, has proposed a concept on time-based homeownership incentivisation model called Tesseract. The project was nominated by National University of Singapore for the RIBA President’s Silver Medal. It also came in third at the Tamayouz International Graduation Awards 2019 out of over 908 entries, third place for Bee Breeders Skyhive Competition 2019, Honorable Mention for eVolo Skyscraper competition 2020, and fifth place for Council on Tall Buildings and Urban Habitat Student competition 2019. Tesseract was also exhibited in Chicago (CTBUH 2019 Conference), Taiwan (International Exhibition of Architecture Graduation Design), and Singapore (City Exhibtion 2019: Praxis). 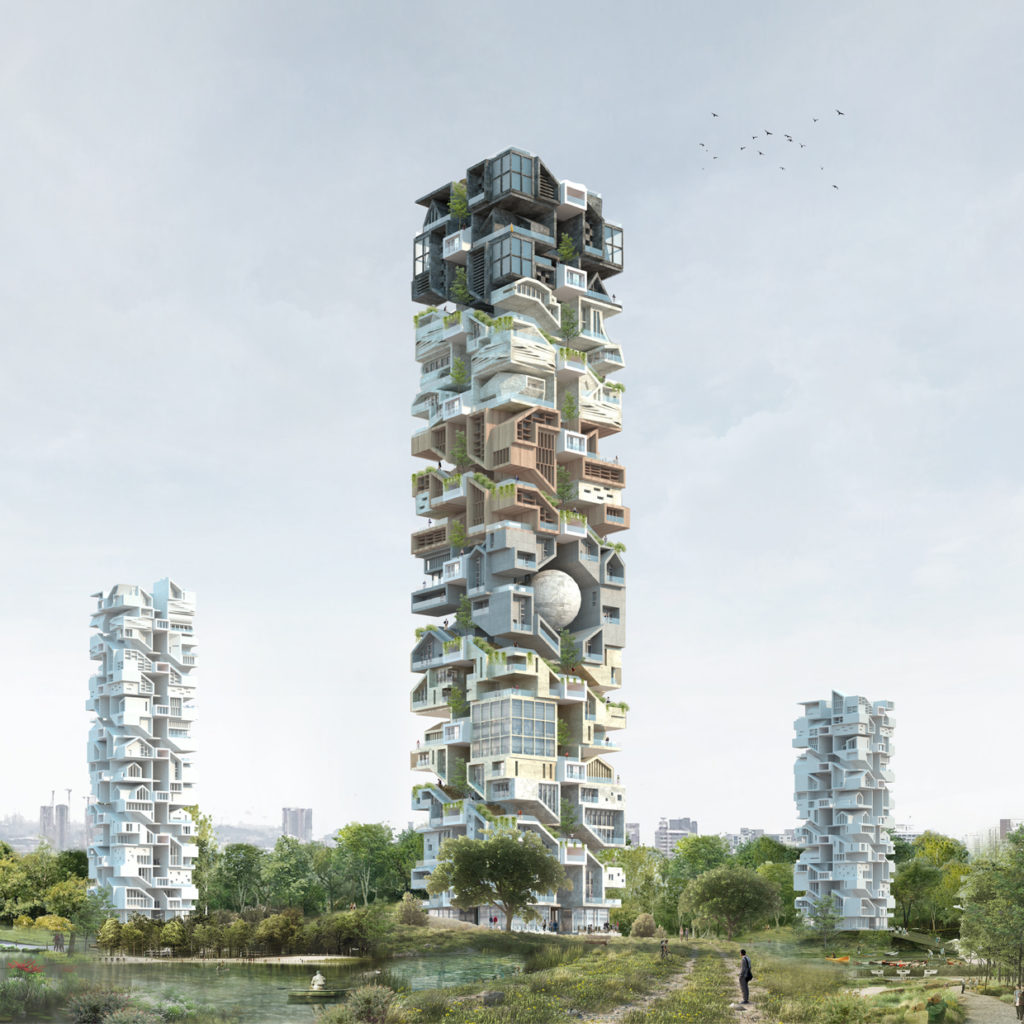 Skyscrapers, as its name suggests; refers to the vertical ambition to reach towards the skies. The tallest building often towers over others; existing as a symbol of sovereignty. This supremacy is unquestioned – yet the reign often ephemeral and constrained by time – since newer buildings can almost always eclipse this height. An eternal competition for height results – leading to emerging trends of taller buildings that are severely detached from the ground levels and out of human proportion. These skyscrapers cast harsh shadows over mankind, existing as a built form of social oppression. In response to these conditions – Tessearct proposes a time-based approach with individual and community involvement, to redefine the skyscraper as a social apparatus instead of a capitalistic one. 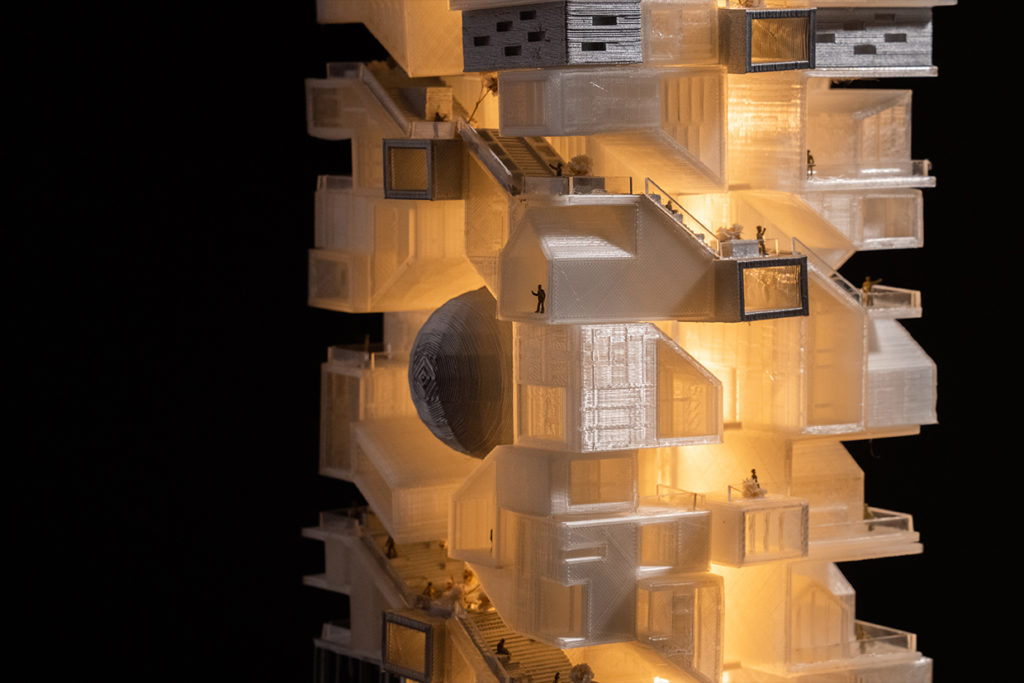 Tesseract proposes an architecture system that allows residents to participate in the design of their own units, programmes, and facilities within the building itself. Through this process, residents are allowed to choose their amenities and their communities, enhancing their sense of belonging in the process. Housing units will no longer be stacked in repetition with no relation whatsoever to the residents living in it – resulting in a sentimental bond between housing and its inhabitants. The architecture system proposed can only be completed and realised by community participatory design, enabling possibilities that go beyond what computational design allows, and highlighting the voice of mankind. High-rise buildings can, therefore, become a medium for individuals to express themselves; giving the power back to the residents, instead of being dictated by capitalist agendas alone. 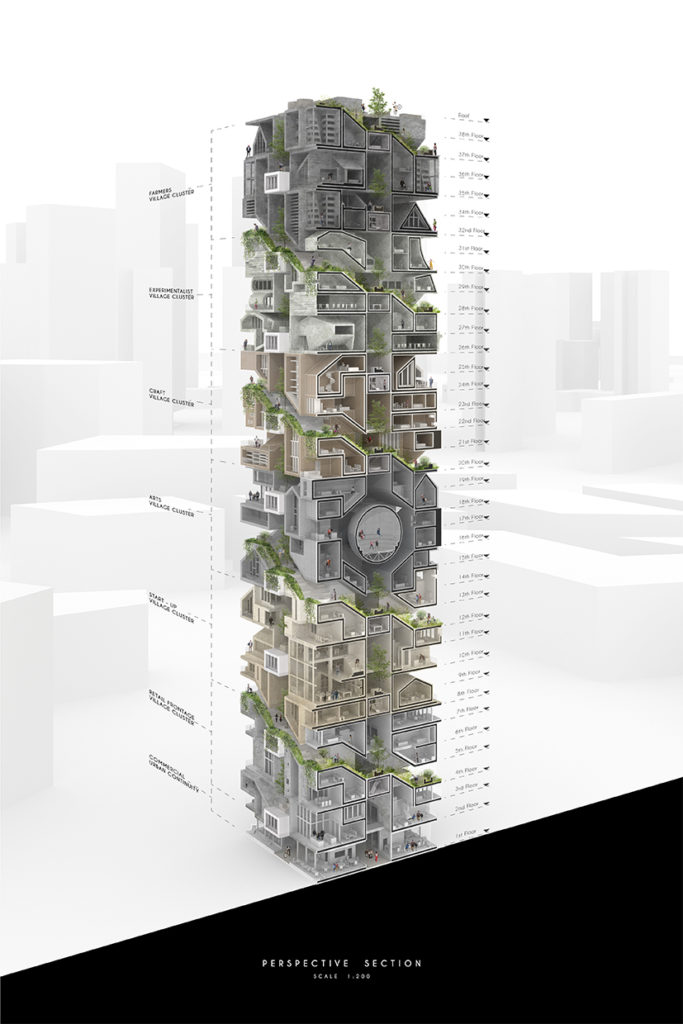 Located in Singapore, one of the densest countries in the world; the proposed design exploits planning regulations that facilitate floor area exemption when greenery is introduced. Sky gardens are broken down into smaller components and spread throughout the entire vertical length of the building, creating ‘Invisible’ space for expansion in accordance with lifestyle changes of residents over time. Thus, units can expand or subdivide for either rent or sale, providing residents with incentives as time goes by. A longer duration of stay in residents’ original homes and communities is encouraged, leading to a better sense of ownership and belonging. The volume of verticality once thought of as finite; also opens up possibilities of further intensification through time, akin to the geometry of the Tesseract.

“As of now, good social housing in metropolises where space is scarce seems to be lacking – the common solution is either to make rooms smaller, or force shared amenities that are very personal such as toilets and kitchens in the name of co-housing.” – Bryant Lau

With an added value of expansion through time, amenities that are inserted in a vertical manner are able to benefit from increased frontage area, which translates to more business patronage. This outcome reverses the conventional circumstances of amenities increasing in value as they are closer to the ground levels, due to higher exposure to the public. Coupled with the trend of housing units having higher value as they go higher due to better views and privacy; the conditions of value in verticality now homogenised: tall buildings will no longer be segregated into richer residents living near the top while the poorer residents live near the bottom. The vertical structure is redefined as a socially-driven apparatus.

DE51GN asked Lau how he envisions his socialist skyscrapers for metropolises such as Singapore.

Is the concept of Tesseract driven by a socio-urban necessity – to provide affordable housing in dense cities such as Singapore?

The beauty of public housing in Singapore goes beyond high-quality housing that is affordable: it introduces a stake in the country for every citizen through homeownership. By working hard and contributing to Singapore’s economy, the price of your homes will also increase as a result. This is a reciprocal relationship. The increase in value for housing can be observed from Singapore’s meteoric rise from the third world to first over the past five decades, even with inflation taken into account.

However, with how much we have progressed over the years, things are now quite different. Demands have changed – people want more. Affordable housing in dense cities and developed countries now comes with an entirely different set of problems and difficulties. A new set of incentives is required at the individual, communal and urban levels for affordable housing. 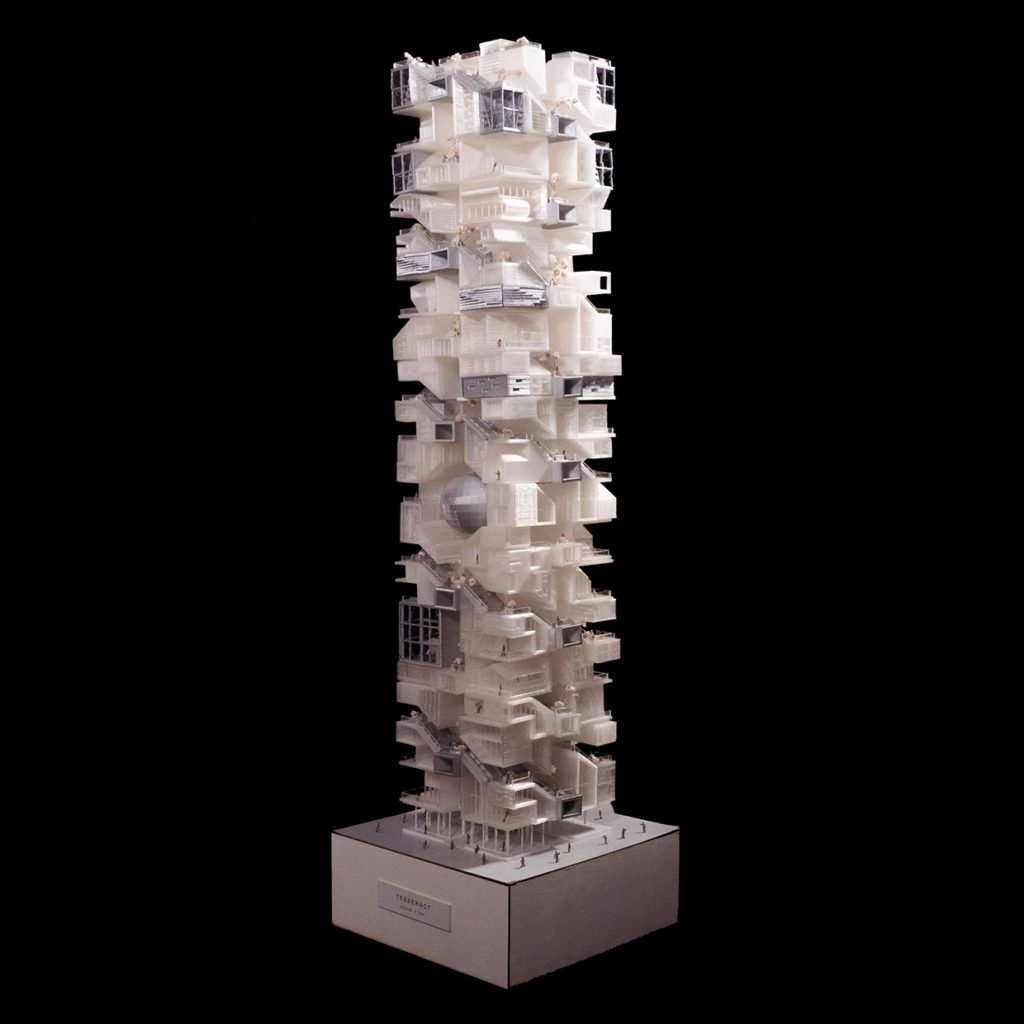 Could you provide some examples and/or principles of good social housing in metropolises where space is scarce?

Alejandro Aravena of Elemental introduced principles of incremental housing via his half-a-house typologies, where houses are intentionally left unfinished to fit budget constraints; leaving room for flexibility for expansion in the future. It is an absolutely brilliant concept, but it only applies to low-rise housing and cities with less density. The question here is whether these ideas can be translated to high-rise, high-density cities? 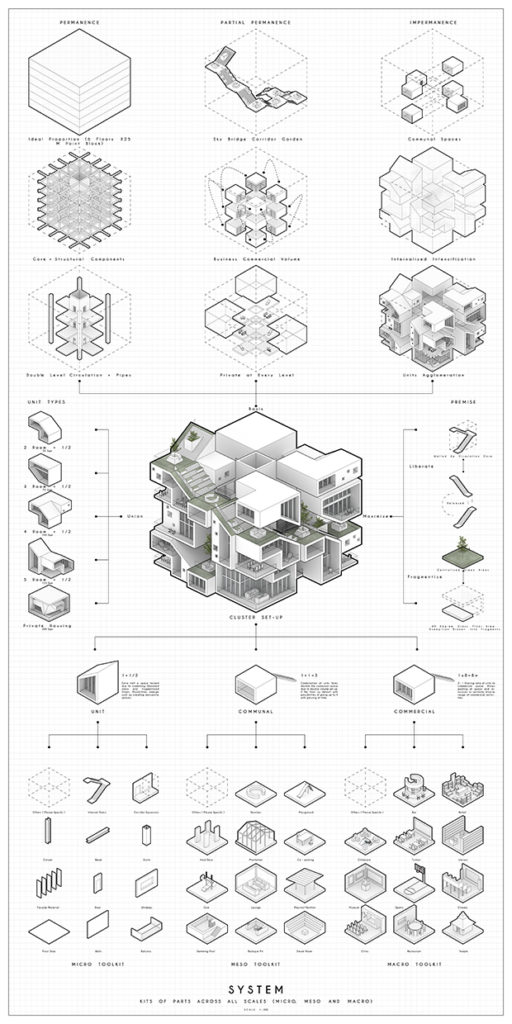 Apart from the modularity and the vertical community aspects of the units, what are the other highlights or incentives for buyers/residents in Tesseract?

This project highlights time as the true commodity of housing, instead of looking at floor area or locations in centralised/decentralised regions alone. In Tesseract, one is able to either buy, sell or rent out “time” from his apartment due to the possible unit configurations, adding a new dimension to how housing can be quantified. In other words, one is allowed to rent part of his apartment as a form of income without interfering with one’s own life – or expand to adapt to family needs such as more children. It suggests that the 99-year lease scheme in Singapore could be re-imagined, especially in this fast and ever-changing world that we live in today.

Apart from time itself, public and private housing are also integrated together in Tesseract. To reduce feelings of inequality that can otherwise become more apparent when you put private and public housing together – a win-win situation is introduced. Amenities for private housing, which have been shown to be overpriced and underutilised at times; can be rented out to public housing users to use. Similarly, when public housing users expand their units, a roof garden is introduced to add on to shared communal spaces, benefiting private housing owners in the process. In essence, Tesserract tries to cushion inequality to some extent, by providing incentives for communities to come together. The ultimate objective is to create a bond between humans and housing, and the community-at-large. 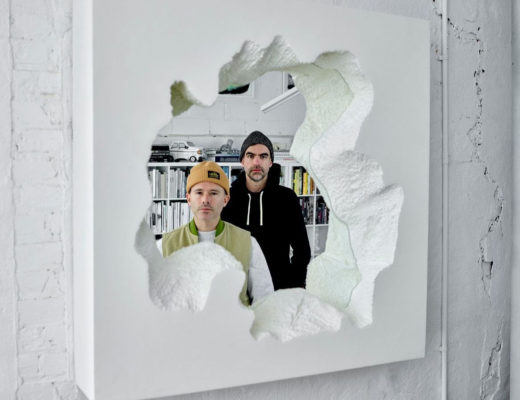 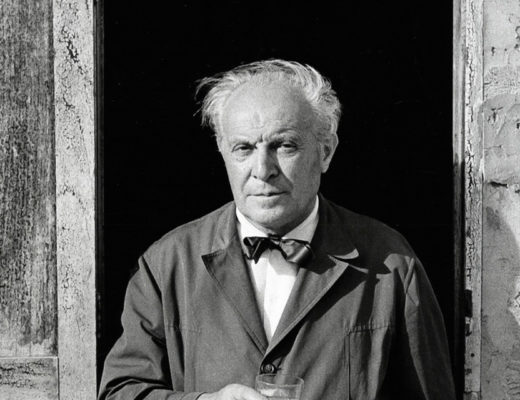 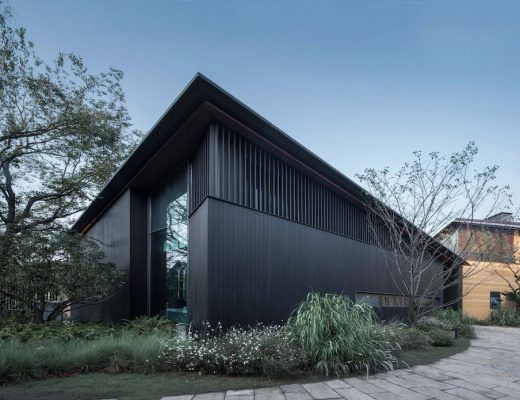