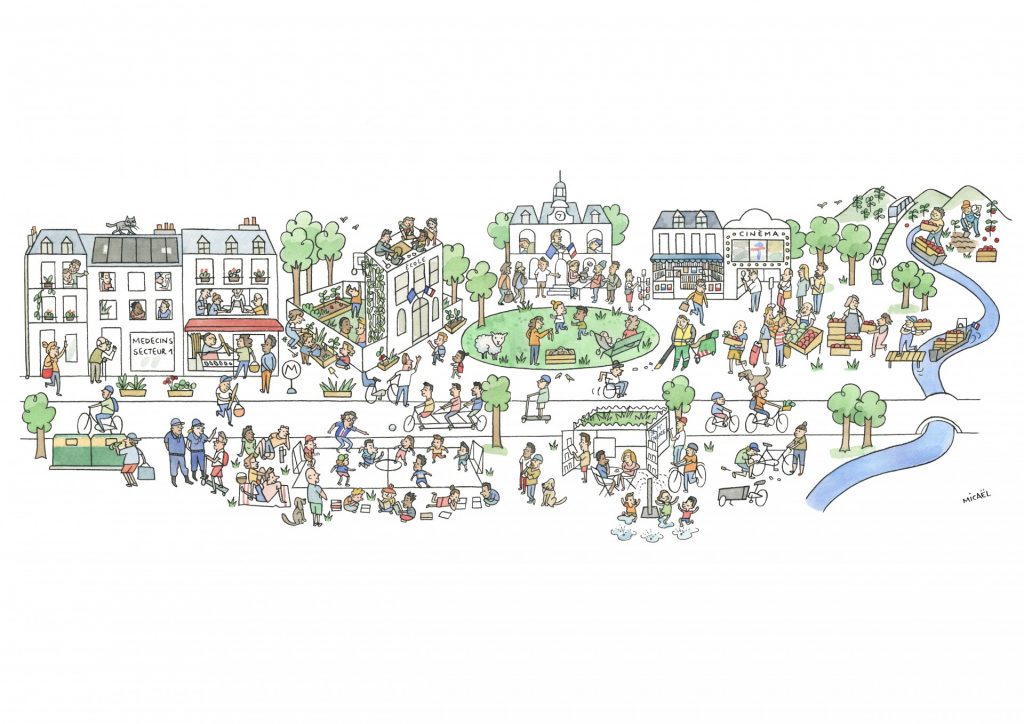 Paris’ exemplary 15-minute city plan by French academic Carlos Moreno has been awarded the third edition of the OBEL AWARD, which aims to honour recent and outstanding architectural contributions to human development all over the world.

The idea behind the 15-minute city is that cities should be (re)designed, so that all residents are able to access their daily needs (housing, work, food, health, education, and culture and leisure) within the distance of a 15-minute walk or bike ride. This greatly reduces car traffic and CO2 emissions and increases the health and well-being of residents. The model, which can be adjusted to local culture, conditions, and needs, has already been implemented with great success in cities like Paris, Chengdu, and Melbourne, generating a global movement.

According to the jury: “Climate change causes colossal damage worldwide. At the same time, the increase of traffic and pollution continuously decreases the quality of life in big cities. In the face of these growing worries and threats, a new urban strategy has been proposed: the 15-minute city. Developed by Professor Carlos Moreno and his team, it is an ambitious and complex urban strategy – but also a refreshingly pragmatic approach. The model places each global citizen at the heart of their own city, enabling them to thrive and to live the full urban experience within a short walk or bike ride of their home.

The 15-minute city is an intuitive concept and has the capacity to deliver tangible change in people’s lives. For these reasons, it has proven easy to translate into political programmes and policies that transform cities. The 15-minute city model has already created real, positive change in cities as geographically and culturally diverse as Paris, Chengdu, Melbourne, and Bogotá.

The jury recognises that the challenge of transforming our cities and our built environment requires interdisciplinary action. We hope that this year’s winner will inspire architects, other professionals, politicians, and local citizens alike to work together towards a better urban future for people and for the planet.

These contributions should offer concrete solutions to urgent problems. The award is given to works or projects from the past five years. It can be given to an architect or group of architects, and the award-winning project can range from a manifesto to a masterplan and include buildings, landscape projects and exhibitions. Each year, the jury will set a theme for the Award.

Hence, the jury is convinced that the 15-minute city is the right project at the right moment in time to win the 2021 OBEL AWARD.”

With the belief that cities need to breathe, Prof Moreno envisions a living city with a human scale that takes advantage of, but is not controlled by, technology.

“We live today in unbreathable cities, cities with stress that are totally unsustainable. We need to transform our mobilities. We need to change our urban lifestyle,” he says.

Prof Moreno, scientific director and professor at University of Paris 1 Panthéon-Sorbonne, has become the third recipient of the new, international prize for architecture that honours recent and outstanding contributions towards changing the physical, designed environment for the common good.

The future of the city

In short, the idea behind the 15-minute city is that all residents should be able to access their daily needs within the distance of a 15-minute walk or bike ride. When Prof Moreno proposed the 15-minute city model five years ago, he says that people considered it a good idea but a utopian concept, mainly because they thought it unrealistic that everyone should work close to home. The Covid-19 pandemic has brought with it a radical transformation of the workstyle, however. According to Prof Moreno, young people, in particular, have discovered the possibility of using digital technology to gain more freedom in their work-life balance and to replace the commute time from their home to their office with useful time for living. “Covid is the spark for transforming our cities,” he says.

The 15-minute city gained traction globally during the Covid-19 pandemic when the urban network C40 cities decided to promote the model as a new roadmap for a post-pandemic world. In Paris, Mayor Anne Hidalgo made the 15-minute city an important part of her reelection campaign in 2020 and invited Prof Moreno to be closely involved in the work of transforming Paris using his concept.

“The close collaboration between Mayor Hidalgo and my team of scientists made it possible to transform the city of Paris and to inspire cities worldwide to follow the example. As a result, I was contacted by mayors around the world telling me that they were implementing the 15-minute city in their city. I think that in the history of urbanism, this situation is very original: that we have scientists developing new concepts, and at the same time, we have mayors who listen to scientists such as myself and decide to implement the concepts in their cities,” says Prof Moreno, who is trained in mathematics and computer science, specifically robotics and artificial intelligence.

Just after the internet revolution in 2000, Prof Moreno was one of the proponents of “smart cities” that leveraged computer science and mathematics to optimise the functions and management of cities. However, with the increasing awareness of climate change as the most important threat for humans, his theory has evolved too.

“I decided that my duty was not to continue to propose tech solutions but to orient my professional activities towards understanding the complexities of cities, understanding the impact of climate change, the role of the economy, and the social aspects of cities,” he says.

He shares that cities are incomplete systems, imperfect systems, in permanent evolution. “Cities are the most complex systems created by humans. And one of the characteristics of a complex system is the non-possibility of predicting its evolution. We need to consider cities as complex systems and imagine new ways to generate adaptable solutions. This is how I came to propose the living city instead of the smart city. We need to abandon this idea of the city controlled by technology,” he says.

The concept of the 15-minute city and the theory of complexity that lies behind it are highly relevant to architects. If cities are complex systems, and therefore unpredictable and fragile, architects must create solutions that adapt to changing conditions, according to Prof Moreno.

“Architects generally focus on a building and the functionalities inside. But we need to develop a holistic vision. When you decide to embrace the discipline of complexity and see the city as a complex system and a living organism, buildings are also part of the ecosystem. In this way, a building needs to live and breathe, and it needs to transform and to change its uses over time,” he says and continues:

“With the current climate emergency, it is totally necessary to have an adaptable environment in the city if we want to be resilient. Therefore, I think that we need to generate a new movement with architects, urbanists, landscape architects, etc., to propose a new paradigm for transforming cities into living, sustainable, resilient cities with a human scale.”

The 15-minute city promotes walkability and cycling in dense cities such as Singapore. However, in less dense areas, it may not be possible for people to access all essential urban functions by foot or by bike.

“Today, the 15-minute city is based on high-density, compact urban zones. We need to broaden our focus to include different densities and territories: from the small cities to the mid-sized cities and even to the rural territories. We need to keep the concept of the 15-minute city but imagine new ways to implement its principle of proximity in other densities,” says Prof Moreno.

At the moment, the professor and his team have started a new experiment in the South of France to understand behaviours at this lower level of density: the 30-minute territory, based on the same scientific concepts of polycentrism and new proximities. The OBEL AWARD prize will help him and his team for future efforts to focus on different urban and territorial densities. This will allow for the full use of the 15-minute concept and its potential to reduce CO2 emissions globally and increase the quality of life for people.

“The OBEL AWARD for me is a very important recognition of my work. I think that it is a wonderful opportunity for me and my team for continuing and upscaling our work and for spreading this new urban lifestyle,” notes Prof Moreno. 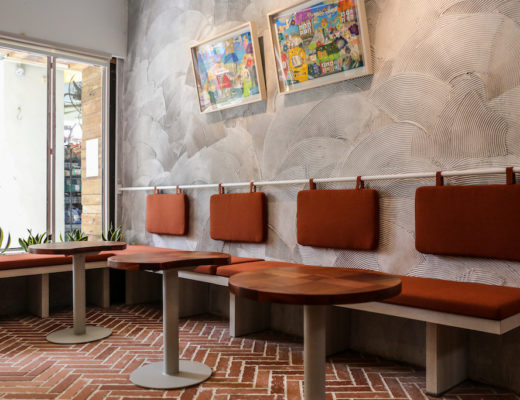 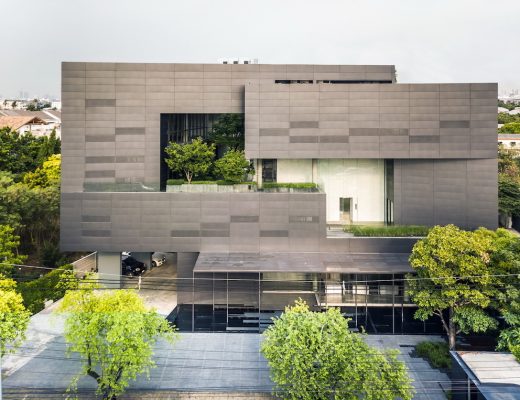