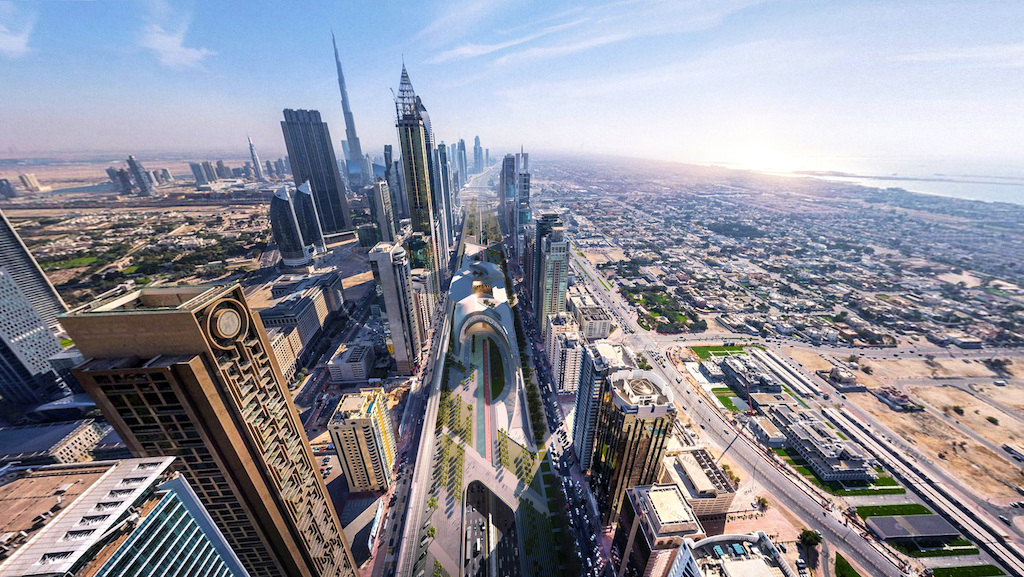 Dubai- and Cairo-based practice Verform’s concept X-Space | Urban Fabric Regeneration has been declared the overall winner of the WAFX category which recognises the world’s most forward-looking architectural concepts, and those that identify key challenges that architects will need to address in the coming years. 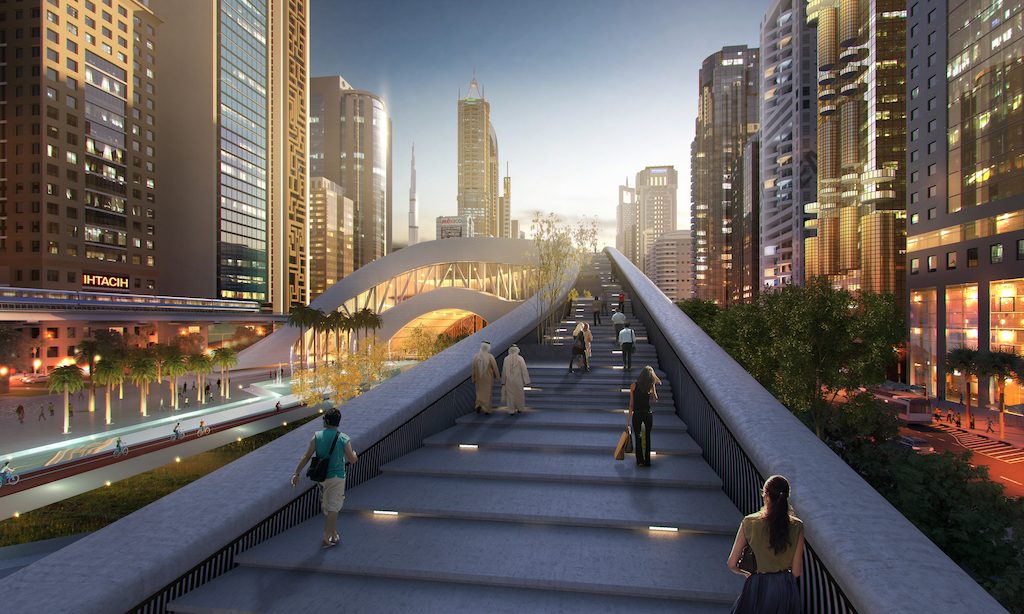 The project presents a compelling vision for the regeneration of downtown Dubai, where urban life is heavily-centered on highways and automobiles. The winning project prioritises pedestrians and cyclists over vehicles. The development is in line with the emirate’s smart city philosophy and envisages the integration of Dubai’s blockchain strategy. 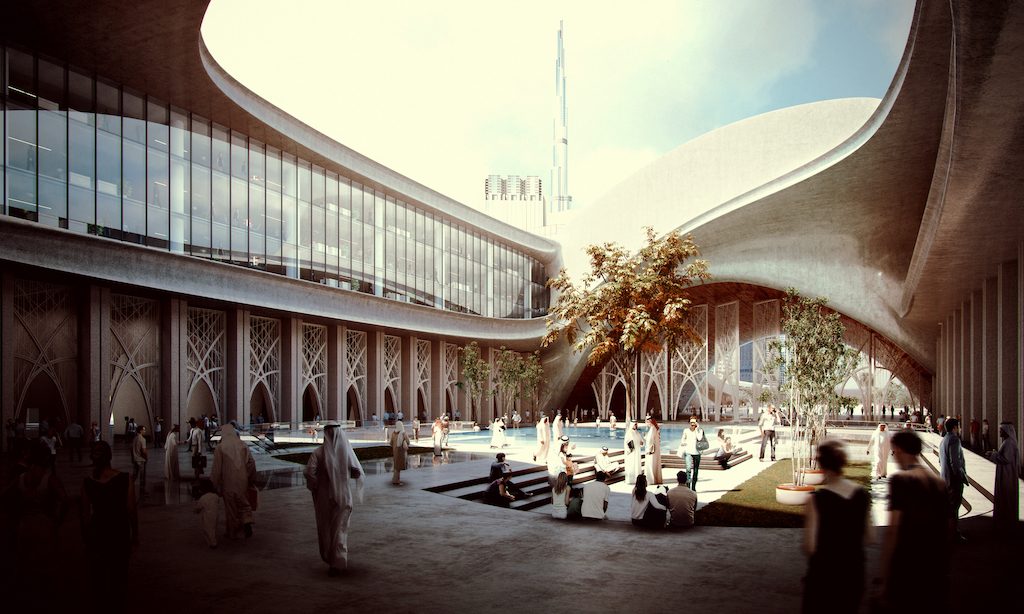 Verform, led by architects Mouaz Abouzaid and Dima Faraj, has designed this urban regeneration project and greenway for Dubai. Dubbed X-Space, the project aims to stitch together the city across Sheikh Zayed Road, the main highway that runs through the United Arab Emirates. Inspired by desert dunes and the movement of sand sweeping across paved roads, the proposal includes one kilometer of new public spaces and green areas to give urban space back to the city and its people.

“The philosophy behind X-Space is to develop an urban fabric focused on sharing, integration and tolerance for human-scale urbanism, a place where people can live, work and play. Such urban design should connect spaces with people and cultural practices at the heart of Sheikh Zayed Road with rich visual variety, density, connected network systems and human activities, ” says Abouzaid 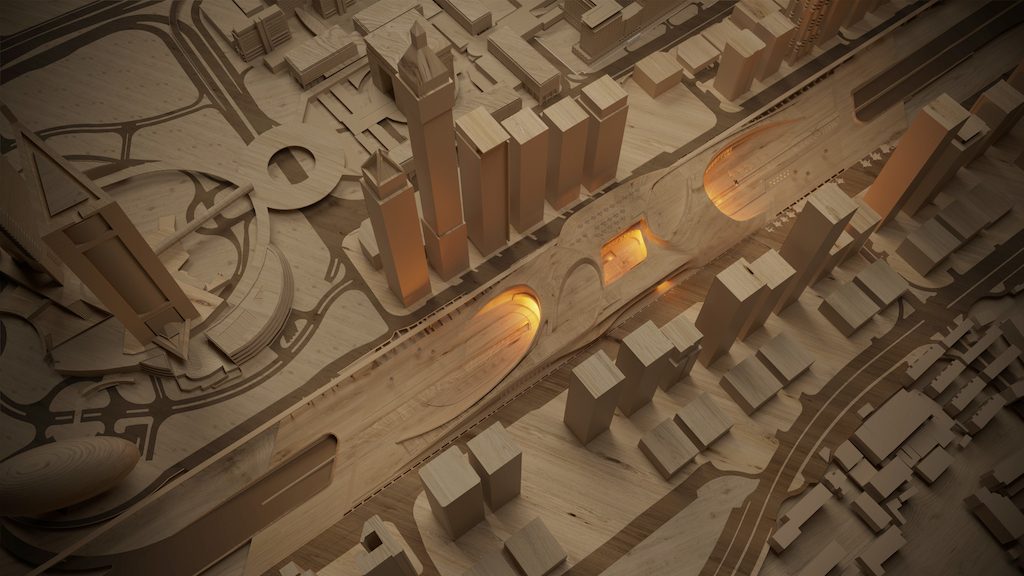 Sheikh Zayed Road is the longest road in the UAE, and represents the main artery of Dubai as a symbol of its continuous growth and development.

X-Space would encompass retail, food and beverage outlets, trade offices, pathways for pedestrians and cyclists, and a landing platform for small drones. 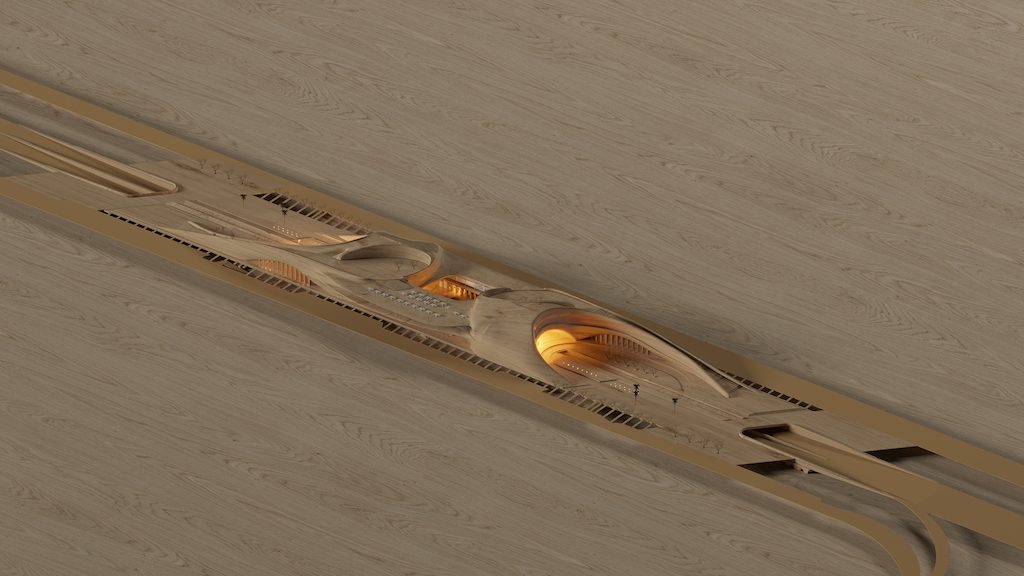 “This is in addition to connecting both sides of the street, from east to west, and linking the past of Dubai to its present from the north to south. The ultimate purpose, objective and goal of X-Space can be represented by [the phrase]: ‘cities with less cars’, and hopefully, without any cars. This may be [dismissed as] just a dream; however, this is the core idea that reflects what the project aims to do by launching a completely different approach to mobility, bicycle paths, rapid and easily available mass transit, and urban design for lightweight vehicles and drone landing pads.” – Mouaz Abouzaid

X-Space consists of two levels: a ground level and an upper level. The ground level is for the movement of people within gardens and multi-use open spaces topped by an office building, restaurants and a gym. The second level is designed for cyclists and pedestrians. It aims to encourage changes in social practices in order to solve the problem of city fragmentation by integrating urban areas that reflect all aspects of life. It is also an idea for new spaces and green lungs in the middle of one of the main streets of Dubai. The project aspires to manifest human-scale urbanism in daily life. 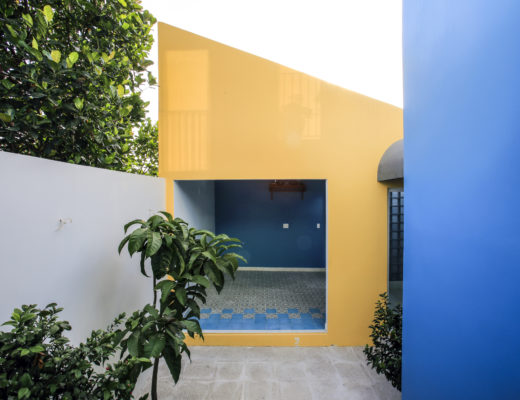 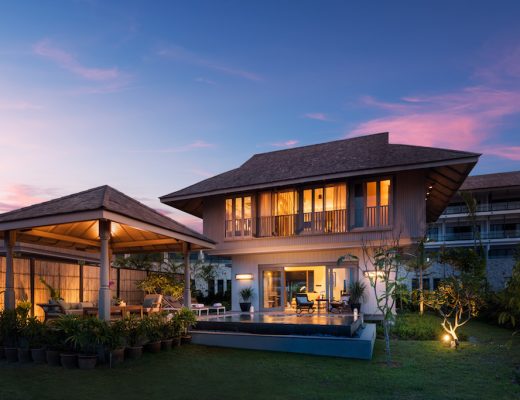 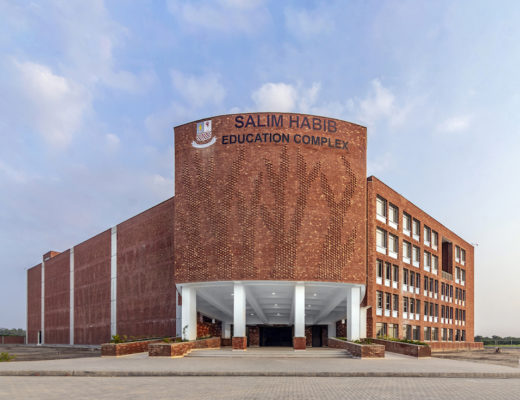