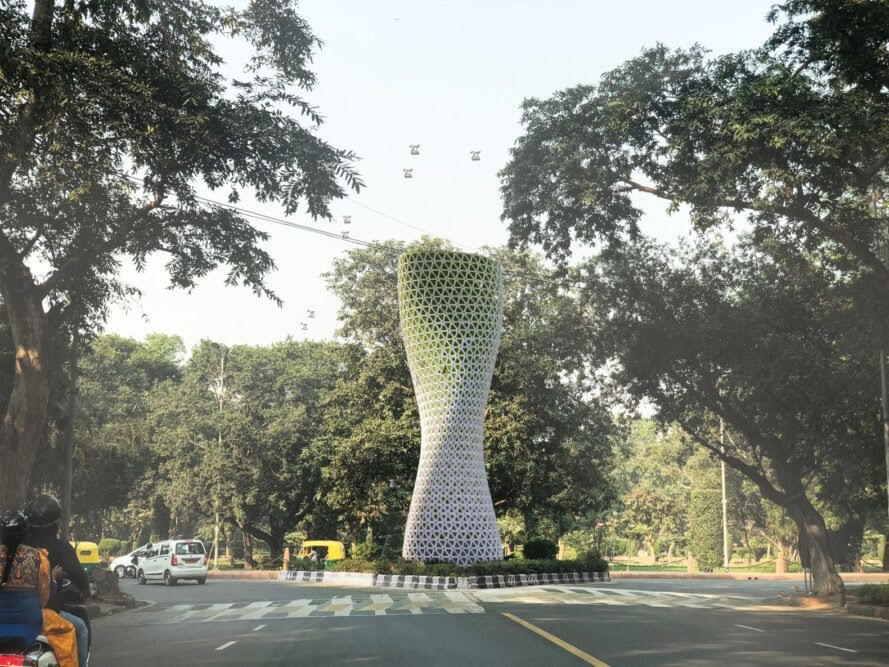 With India’s capital New Delhi grappling with hazardous pollution, and the World Health Organization declaring the air quality there among the worst in the world. It is also the fifth leading cause of death in India, blanketing the skies in Delhi and the neighbouring regions.

In a bid to fight this silent killer, Indian practice Studio Symbiosis Architects is working on a pro-bono project to design Aura, a proposal for a system of air purifiers to clean the city air for the benefit of all residents in the city. The firm has suggested a series of urban interventions to address the issue. The purifier is based on the principles of aerodynamics, relying on a curved shape and air pressure differentials to intake polluted air and produce cool, clean air. 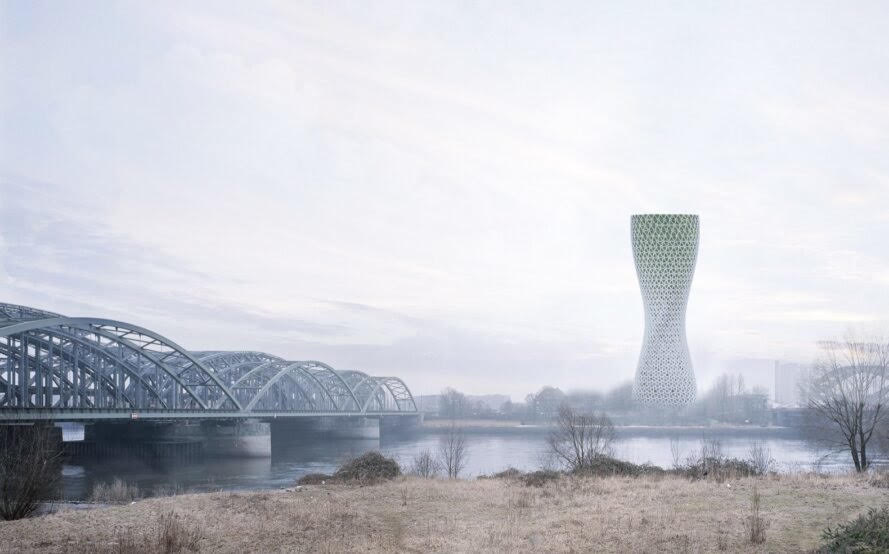 The practice has proposed a solution that can be enjoyed by all and not just those able to afford home air purifiers.
At the heart of the concept is Aura, a series of giant, air-purifying towers topped with green planters with drip irrigation. Each tower would have two main chambers: one to increase the relative velocity of the air and the other for purifying the polluted air before blowing it out at high speeds and at lower temperatures to create a pressure difference that then pushes warm, polluted air back toward the tower. 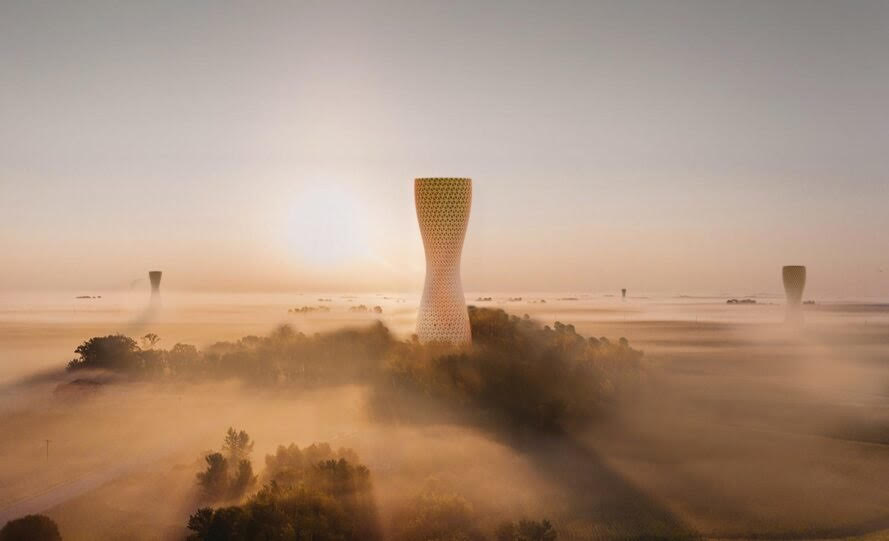 The Aura towers represent only the first part of the firm’s proposal. The architects’ implementation plan would begin with installing a ring of 60-meter-tall Aura towers around the city border to stop the flow of external pollution.

Smaller, 18-meter-tall Aura towers with a range of 1 square kilometer would then be installed in select “hot spots” along a grid to ensure clean air within the city. The air purification system would be supplemented with “Aura velocity” gadgets that can be attached to the tops of cars as well as a network of “Aura Falcon” drones that would move around the city and monitor air pollution levels. The systems collectively would be called the “Aura Hive.” 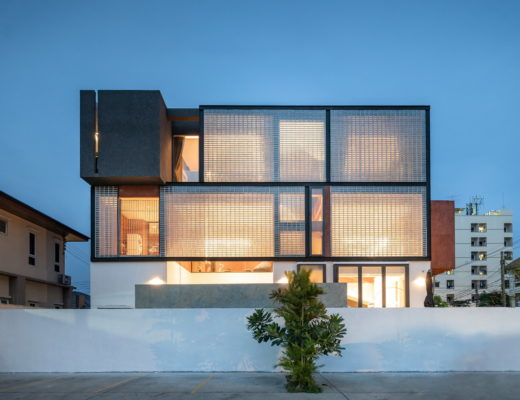