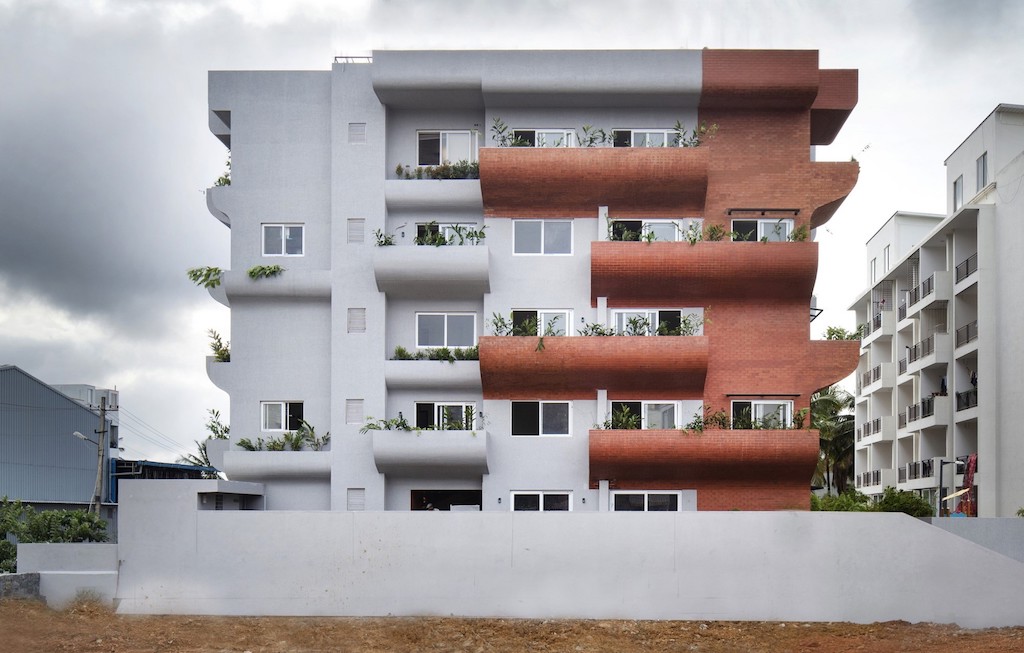 Axis Vanam (vanam translates to Forest in Sanskrit, an ancient but living Indian language) project by The Purple Ink Studio in the Southern Indian city of Bengaluru aims to be a green oasis within the chaos of its surroundings. The 22,000m² project also aims to shrink the gap between the built environment and surrounding greenery. 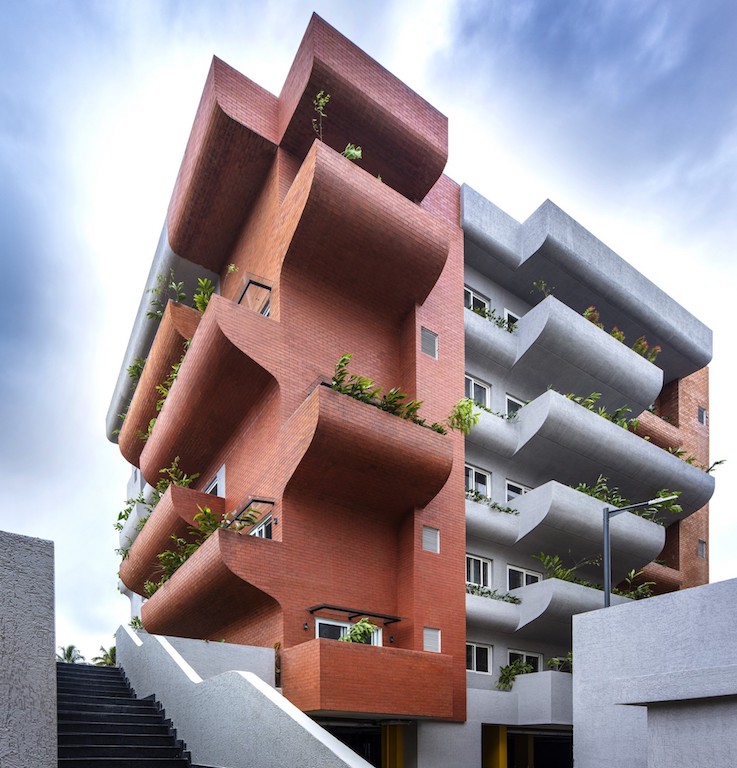 Located in the heart of a busy precinct in the city of Bengaluru, often called the Silicon Valley of India, Vanam is a mid-size five-storey housing project with 20 units. Every unit is outward-facing, with openings planned to integrate ample light and cross- ventilation. The central core is well lit with skylights and louvers at the terrace level assisting in stack ventilation and making all the extents comfortable and less dependent on mechanical and artificial ventilation. 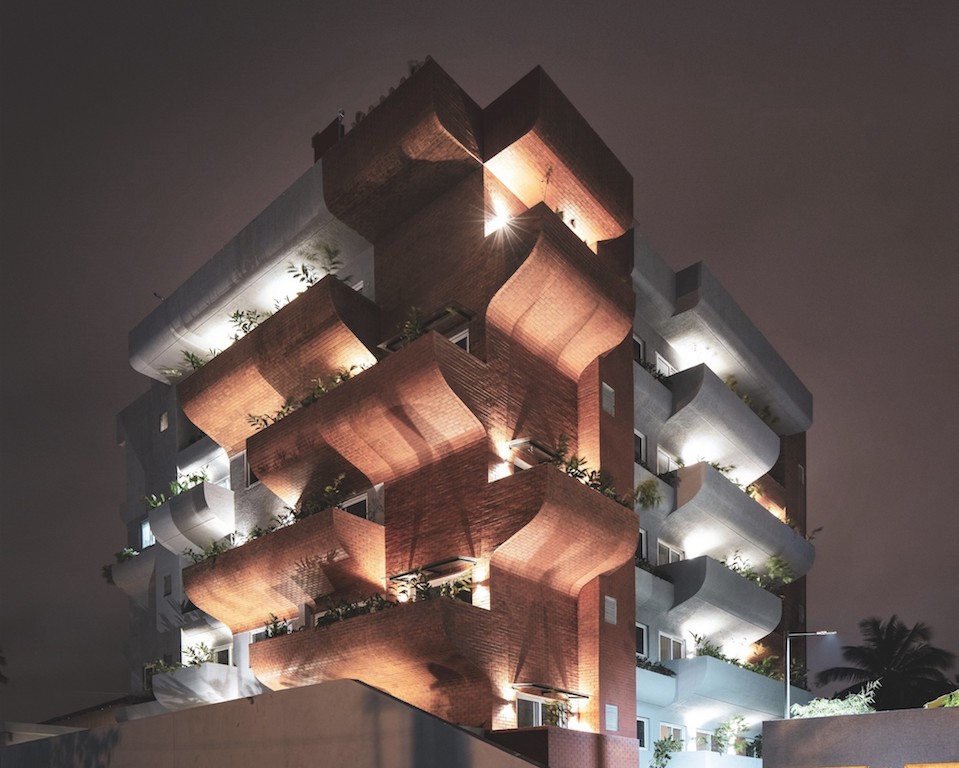 Each unit is compact and planned as a two-bedroom apartment with an additional flexible area, planned to be an extension to the deck. This space can be actively used by the residents for their various activities of the day. The structure also gives the flexibility to convert this area into a green pocket; hence no two units are alike. The multi-functional space changes in accordance with time and is adaptive to the lifestyle of the users. The openings in the apartment are planned in the wind direction to induce ample natural ventilation. The balconies/decks are staggered to offer double-height volumes that are attached to either the Living or the master bedroom, also opening itself for taller trees in the balconies. 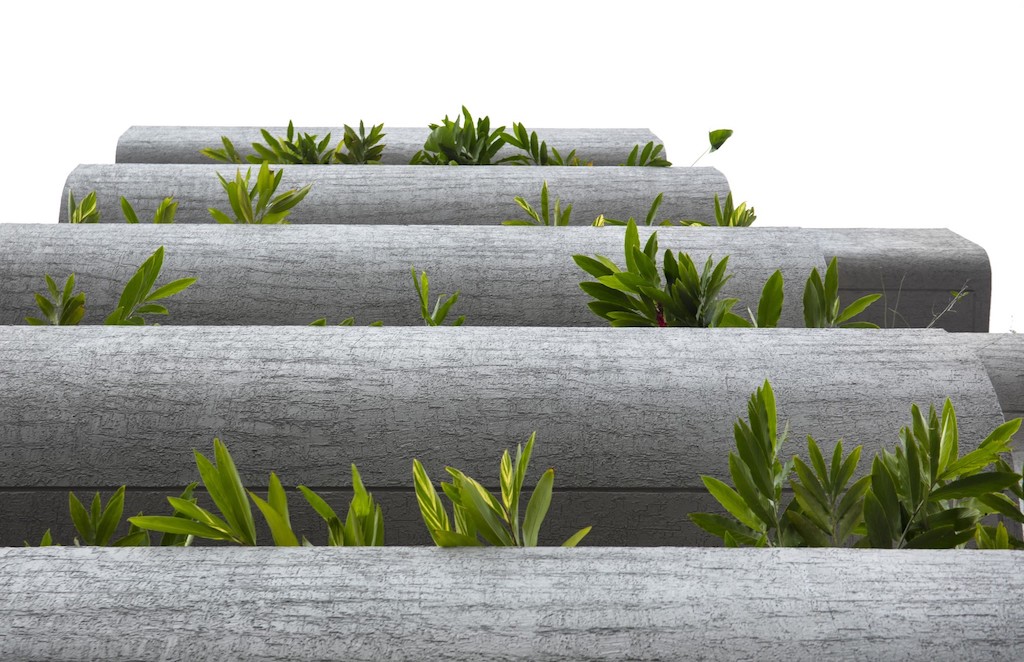 The balcony is re-defined as a “garden deck” to hold soil and paving, providing each home with its private garden at all levels. Moving away from the conventional box for the deck, the form of the balcony takes a cue from the soil repose angle and facilitates a sunk for soil filling. The fragmented, yet fluid configuration of the balcony enhances the overall building geometry. The structure for the balcony is planned by adding deeper beams to undertake the soil load which in course also opened the way for taller windows touching the beam bottom for the lower unit.

“With a little research of the neighbourhood, we identified the diminishing greens and dying lakes in the vicinity. Vanam is a reaction to this increasing breach in the urban fabric. It is designed as a stimulus to restore the balance in the built and green spaces blurring the boundaries between the two.” – The Purple Ink Studio 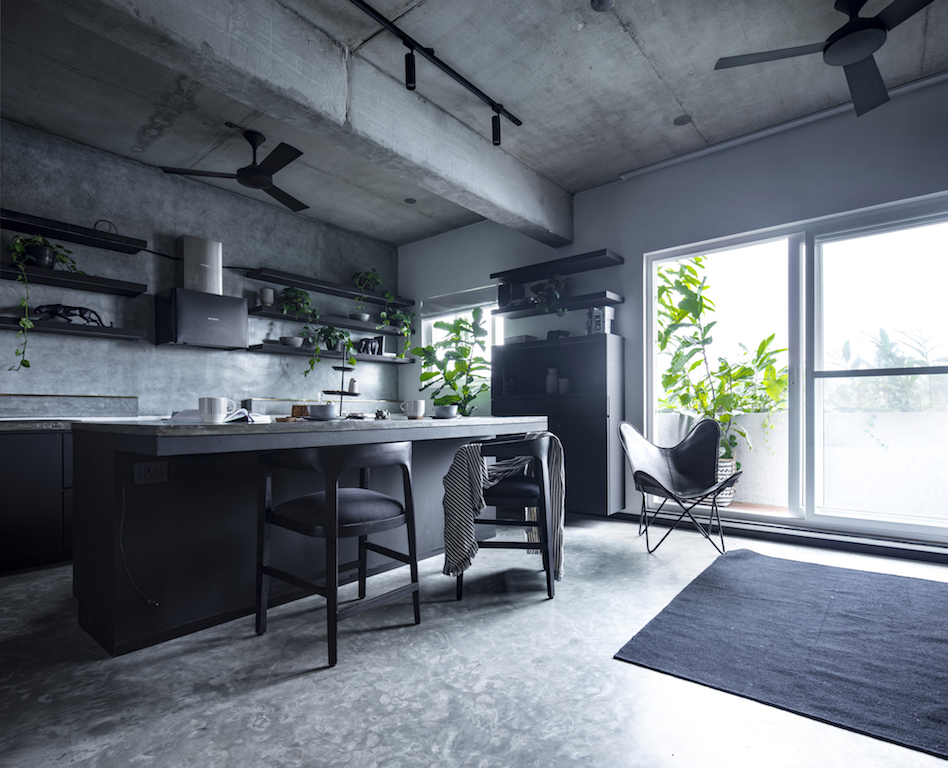 The form-work for the balconies was planned in a prototype of 4ft width, 6ft height. With several mock-ups done in GI to test the form, the final shuttering modules were done in MS. While the ideal methodology would have been to pre-cast the balconies, due to limited financial resources manual labor was involved and all the balconies were individually cast with the available number of modules and time frame. The planter boxes also followed the form and function of the balcony with integrated sunk to add more horizontal green spaces at each level. 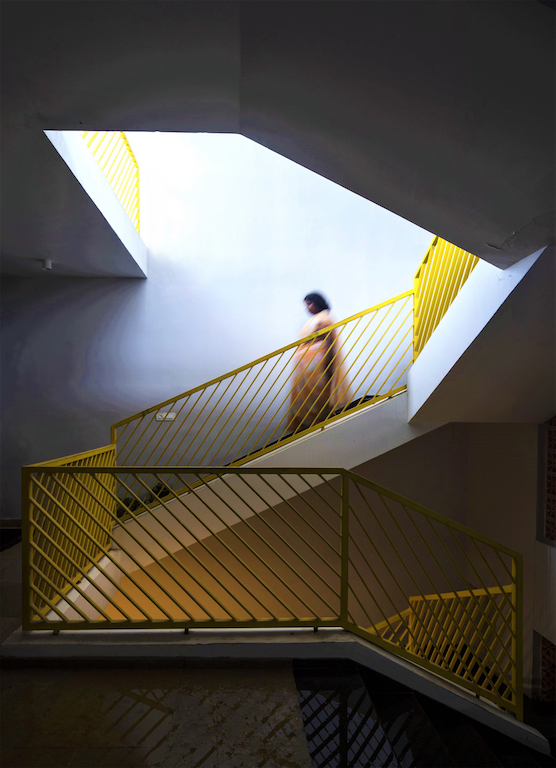 The overall material palette interweaves with the greens from the balconies and planters. It is planned to highlight the double-height corner volumes and scale down the visual vocabulary. Thick brick cladding measuring 12mm, along with exposed grey textures, formed the prime façade materials. The alternate deck projections and materiality of the façade is also enhanced by the sun movement and the quality of light and shadow. 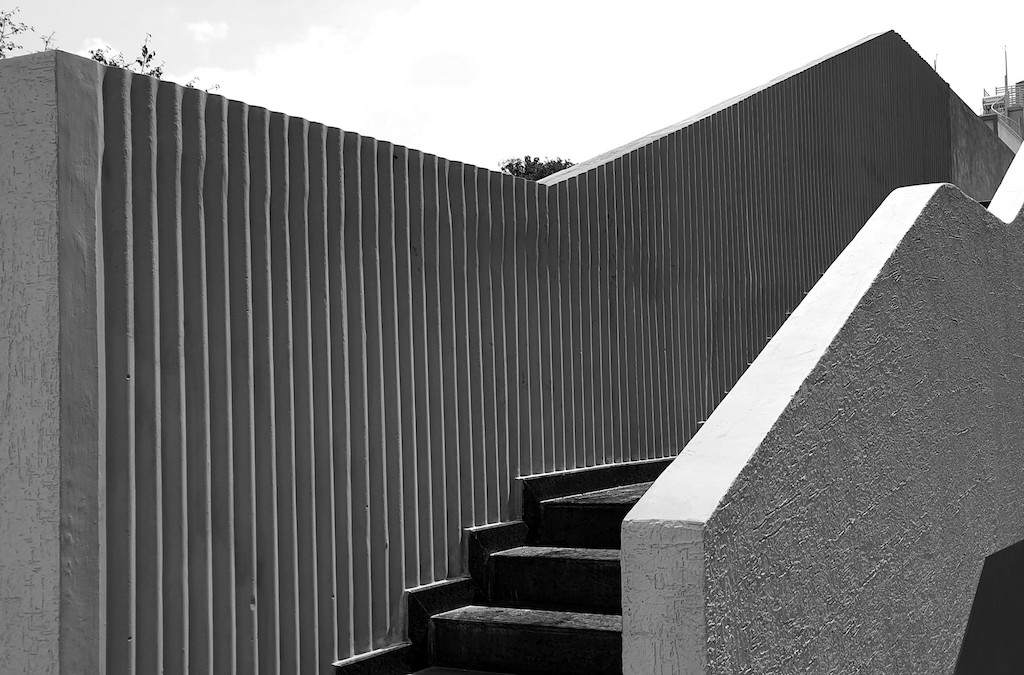 The common areas are further held together by natural stone flooring and terracotta jaalis for the skylight areas. The planting pattern is tropical and native to the local region. Each balcony is provided with a tree engaging the users with their greens. The extended cantilevered spaces in the form of balconies and planter box give the user the opportunity to grow greens along the entire length. Expectantly, in the years to come, one would find more greens from the building than one would expect from an otherwise concrete surface. The building is an attempt, to function as an environmental filter by introducing “intermediate landscapes” that connect the residents with their green spaces. 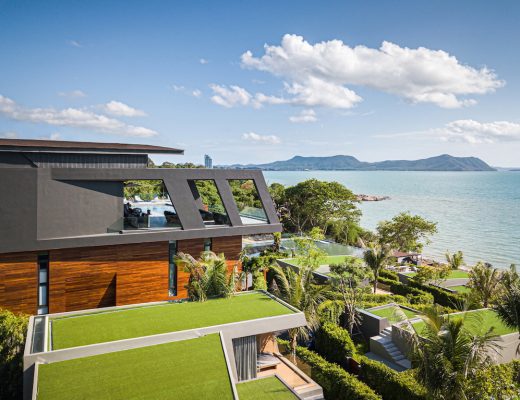 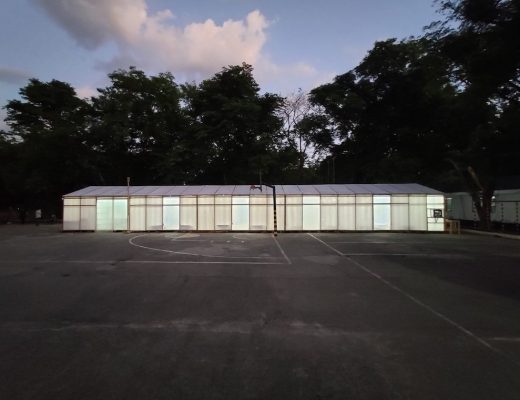 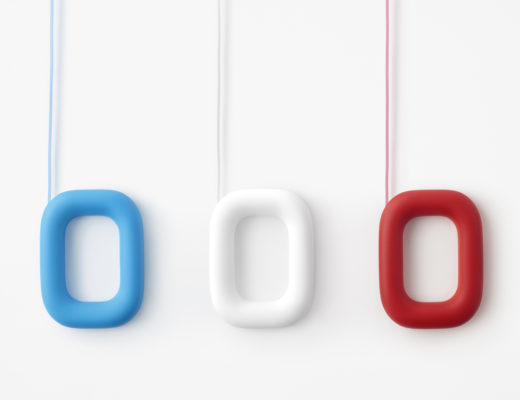