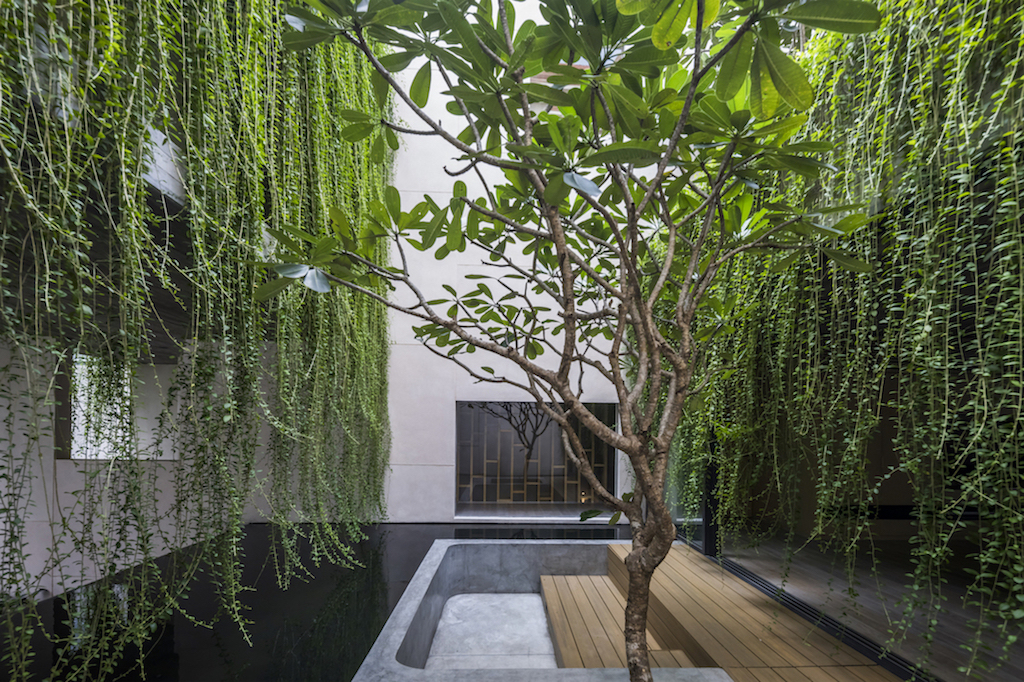 The house called Villa Than Dinh designed by MIA Design Studio was commissioned by a female owner who wished not only for a comfortable living but also a convenient space situated in the centre of a hectic city like Ho Chin Minh City. The practice, known for its skillful use of space, has been able to create more spaces during the design stages to address the challenges of compact urban living.

In the initial discussions with the owner, the first conclusion the design team made was to reduce the demands to the point where it met the owner’s needs, but no more and no less. Making this the core point, the team created a bigger garden instead of a few small green zones at the entrance or at the doorstep.

The principal concept was to create a living space that hovers above a mini-garden, giving the residents the feeling of walking on bridges. All the primary activities in the house are connected throughout the empty zones between plants, water as well as natural light.

Another highlight is the location of the site itself – it is situated adjacent to historical buildings of Sai Gon (Ho Chi Minh City) such as Tân Định Church and Tân Định Market. The house is also located in the middle of district 3 which is considered the most “dense” area of the city. In the early morning or afternoon, you can clearly hear the bells ringing in the Church, or just walk out from the house a few steps you can directly be in touch with the ambience of the “alleys” of Sai Gon, which are a distinct feature of the local urbanscape.

In the same vein, the design team formed an estimated thin steel cover layer that relatively separates private spaces, and captures most distinctive ones. In the near future, the woody vines of liana are going to spread all over the steel net system and create a fresh green filter for the house instead of cold concrete and steel. The team also maximised the use of the roller shutter system in order to make the separation between outside and inside distinct, in addition to computing the thickness of the structure so the owner could have more space but still remains sylphlike.

The shape could be seen as a simple box if looked at from the outside but from the inside, it contains many layers of spaces as well as an alternation between light and dark intertwined with raw materials such as concrete and stones. Last but not least, the house brings comfort to the owner where she is able to enjoy a “garden” with all the flavours of Sai Gon within the comforts of her own home. 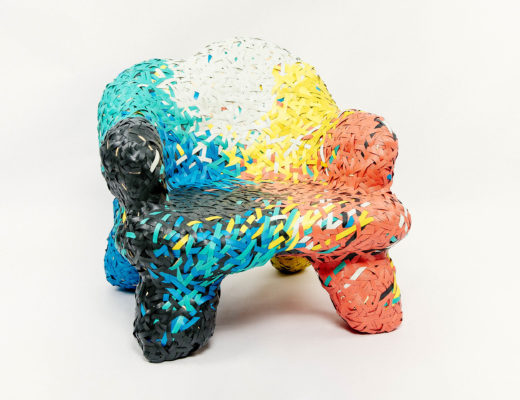 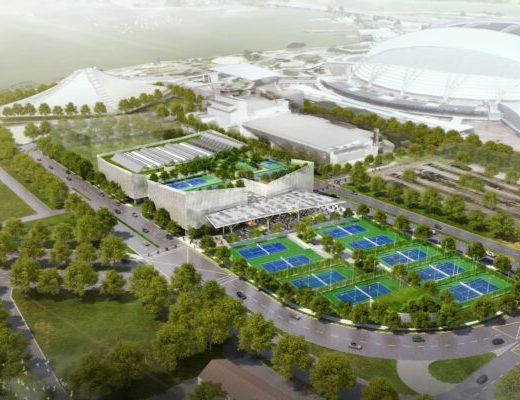