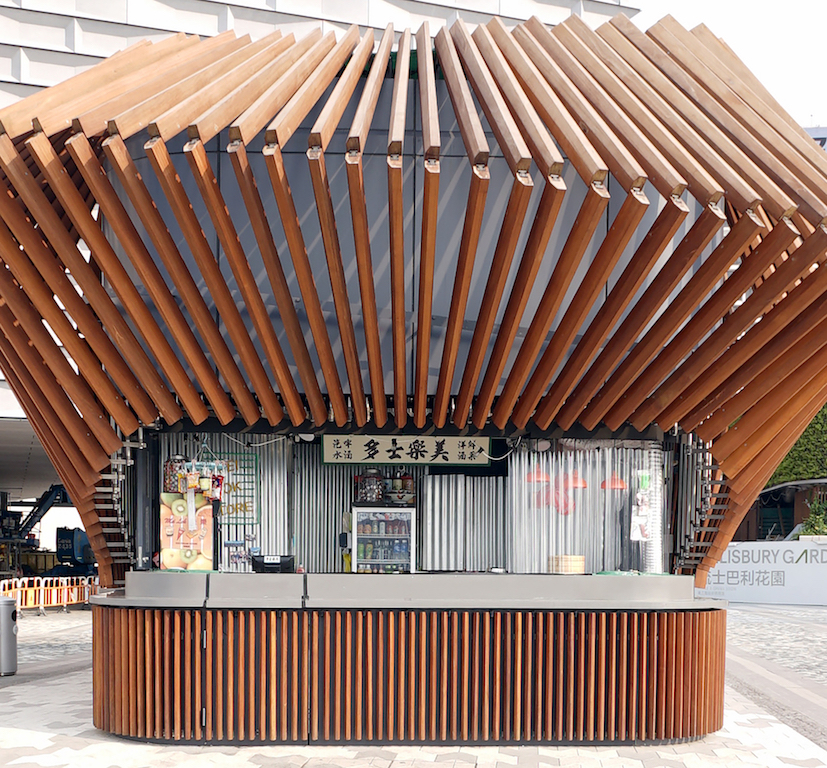 Despite the ongoing turmoil in Hong Kong, its architecture continues to bring dynamism to the city. From large scale projects to small kiosks, there have been a host of projects that aim to revitalise its waterfront.

The 40m² Harbour Kiosk by LAAB Architects in Tsim Sha Tsui, the first kinetic public architecture in Hong Kong pays tribute to the action movies that the local film industry is famous for. 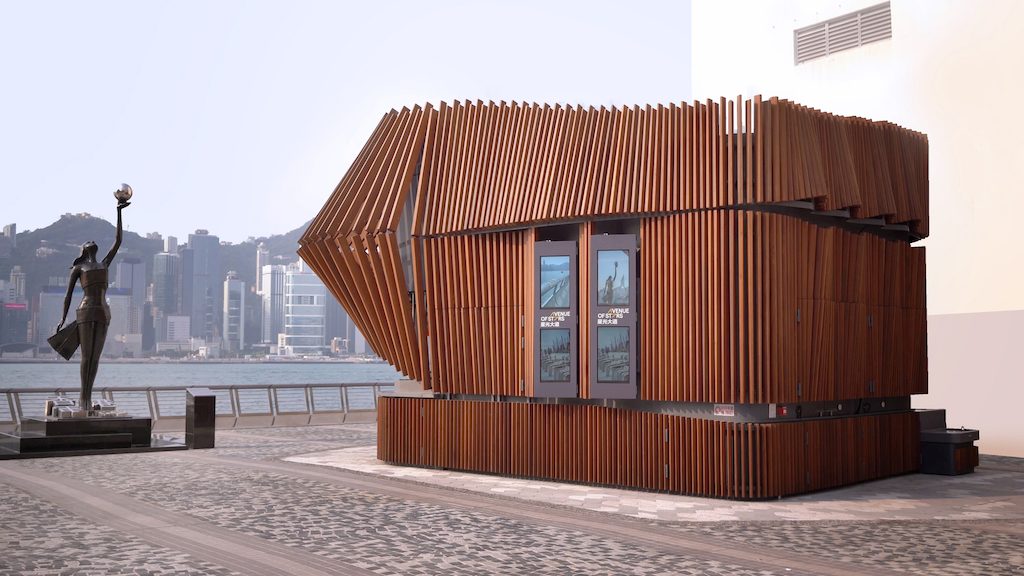 Inspired by the local market stalls in Hong Kong, which expand and engage with the public when they are open and return to their compact and secured form when they are closed, Harbour Kiosk automatically transforms its “gate” into an “awning” during the day and returns to its compact shape at night. The 49 robotic arms behind the profiled timber fins magically perform the cinematic transformation. The wave generator system also moves the timber fins in waves throughout the day to resonate with harbor waves and to establish an emotional connection between the people, the architecture, and the surrounding nature. 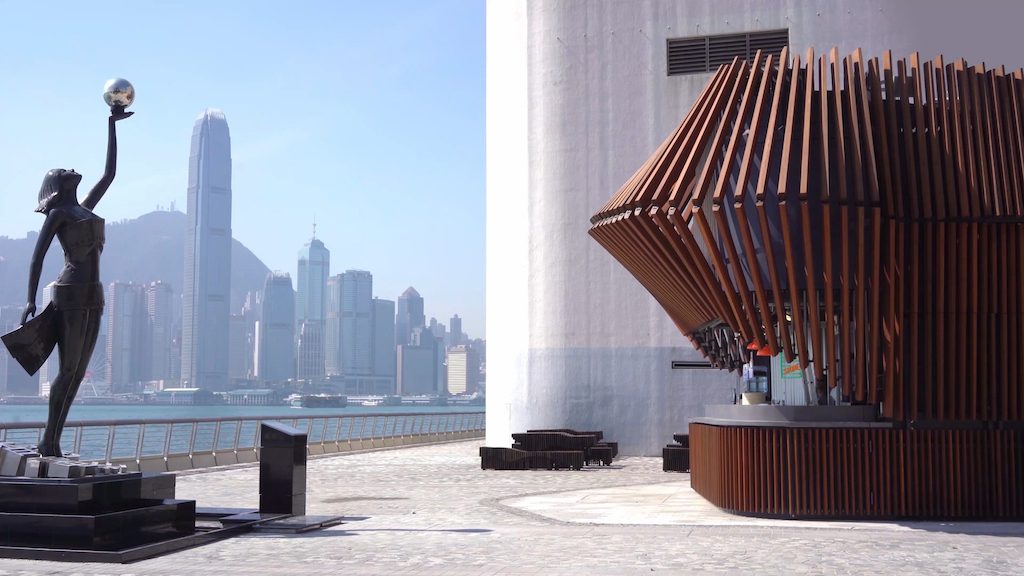 The original brief only asked LAAB to design a 10m² food kiosk. However, as a food kiosk in the public space, LAAB Architects believe that it has a bigger role to play as a public spot. To achieve its public services, LAAB merged the food kiosk with a large M&E machine room nearby and gained a 17-metre long wall space to accommodate public functions, including a counter table, a vending machine, drinking fountains, info panels, and planters. Harbour Kiosk also provides water and electricity for the Avenue of Stars and contains all the server panels and a stereo system for the light show that happens every night at 8pm. 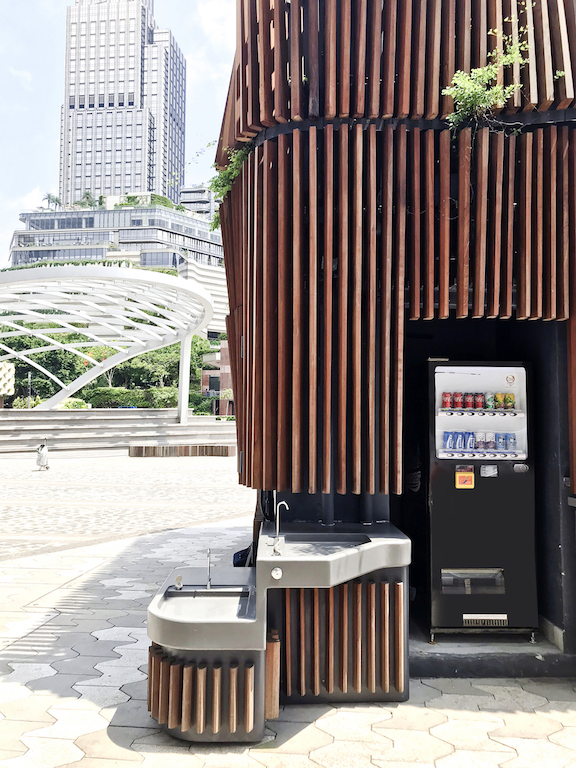 The façade features three strata of profiled timber slats, which not only conceal the machine room doors but also accommodate different types of public functions inside the wavy surfaces. They also create dynamic flow around the kiosk façade, which results in the subtle changes of profiles, tapering makes the member appear slender and less massive. PEFC-certified red balau wood was used as a sustainable façade material because of its strength, hardness, lightness, and cost-effectiveness. They were treated with exterior grade oil finish for better durability against UV and termites. The length and profile of each timber fin were precisely made with digital fabrication and local craftsmanship. 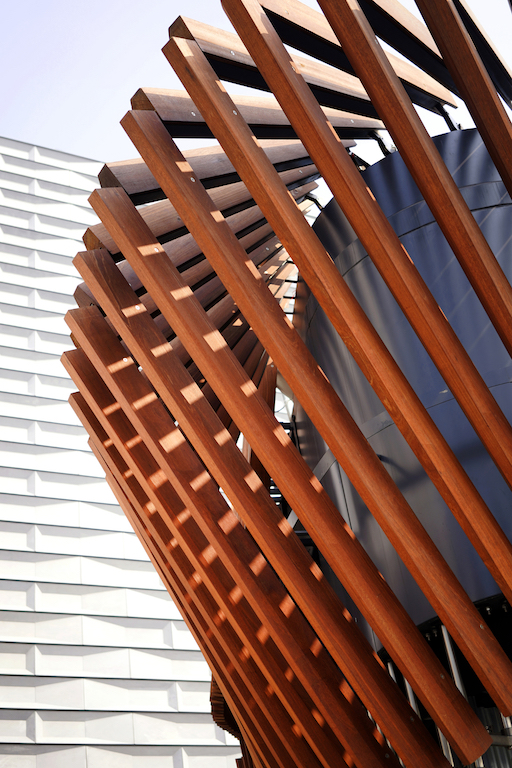 The architects, engineers, and makers at LAAB developed four prototypes in two years to optimise the parametric design and the kinetic system to ensure that the structure and design can withstand the typhoon season in Hong Kong. Harbour Kiosk is a recipient of the Japan Kukan Design Award Best 100, the American Institute of Architects International Region Award, and a finalist at the World Architecture Festival. 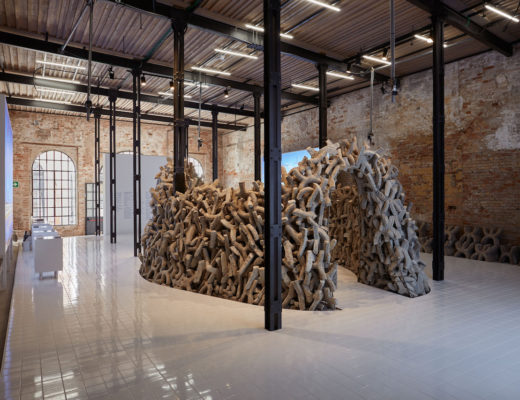 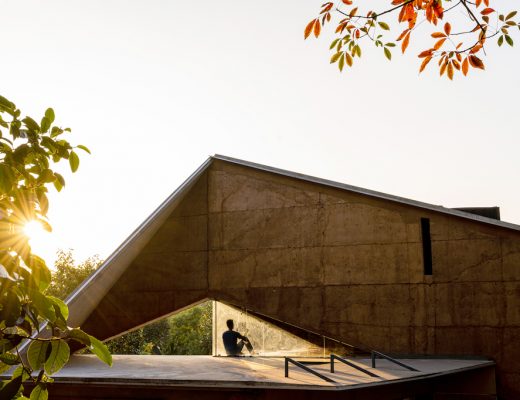 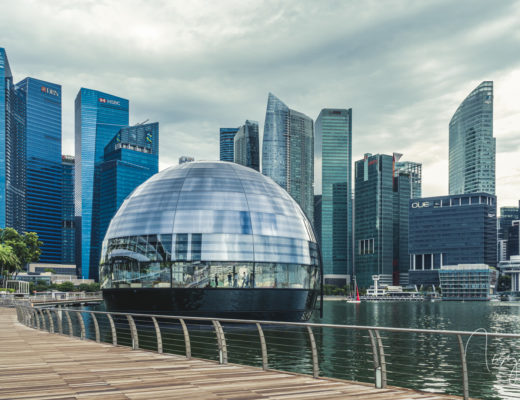