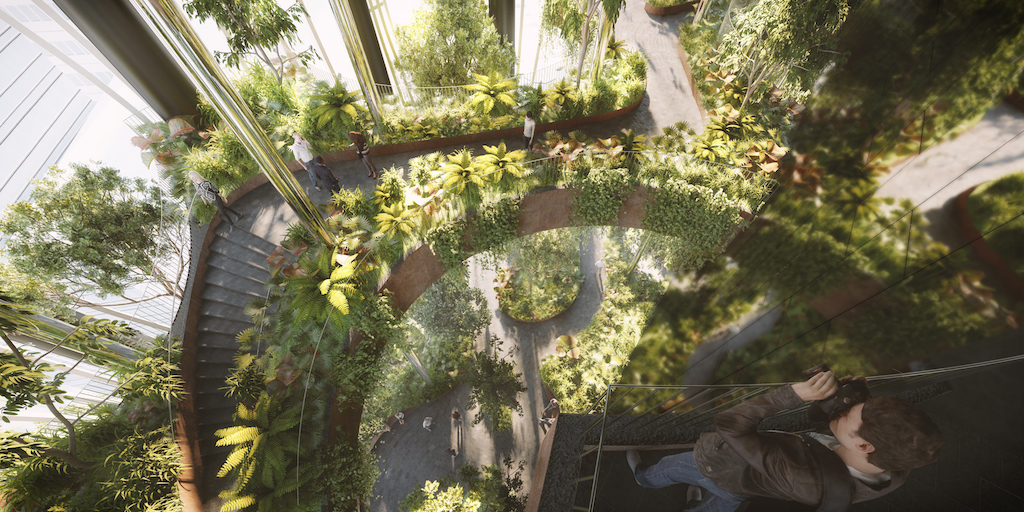 It’s hard to keep pace with the multi-faceted Carlo Ratti, architect, engineer, academic at MIT, where he heads up the Senseable City Lab, as well as the founder of his Turin-based eponymous practice Carlo Ratti Associati (CRA) that now has offices in New York and London. As one of the strongest proponents of smart cities where technology is an intrinsic part of buildings, the Italian architect has projects spanning the globe, including Singapore, Brazil, Italy, and the UAE. He has also designed the products for well-known furniture brand Cassina and lighting company Artemide. 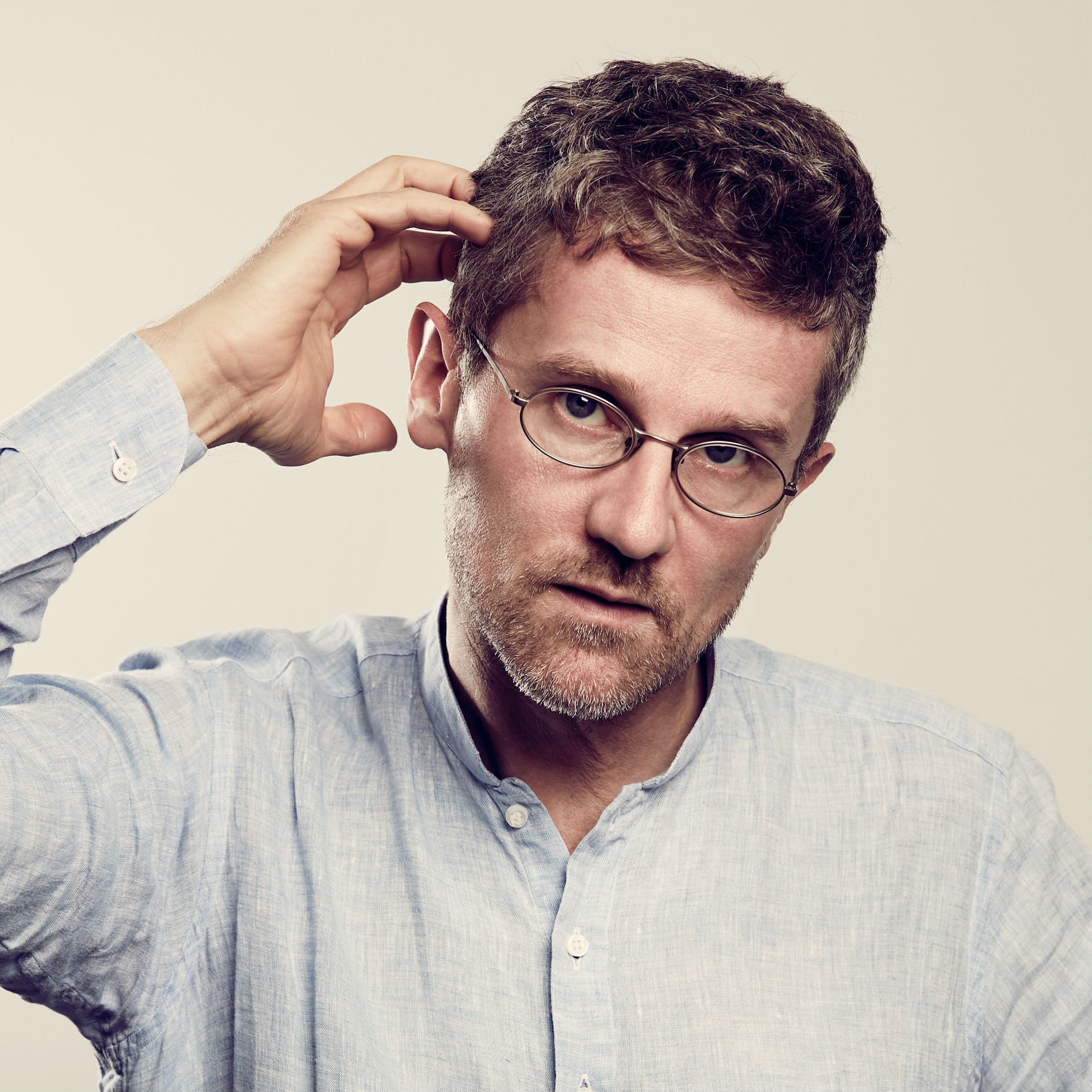 His upcoming project in Singapore, CapitaSpring, is a 280m tall high-rise in the heart of the vibrant Central Business District (88 Market Street), being designed jointly with BIG-Bjarke Ingels Group. The tower, one of the tallest in Singapore, aims to blend urban life with the Lion City’s tropical environment, redefining workplace and living standards for its users while adding a new landmark to the Singapore skyline.

The new 93,000m2 green skyscraper is tech-integrated and includes the “office of the future,” as well as serviced residences and retail units. CRA and BIG were selected to design the 51-storey high-rise, which transforms the site of a former carpark complex built in the 1980s, following an international architectural competition hosted by Asia’s leading real estate company CapitaLand. 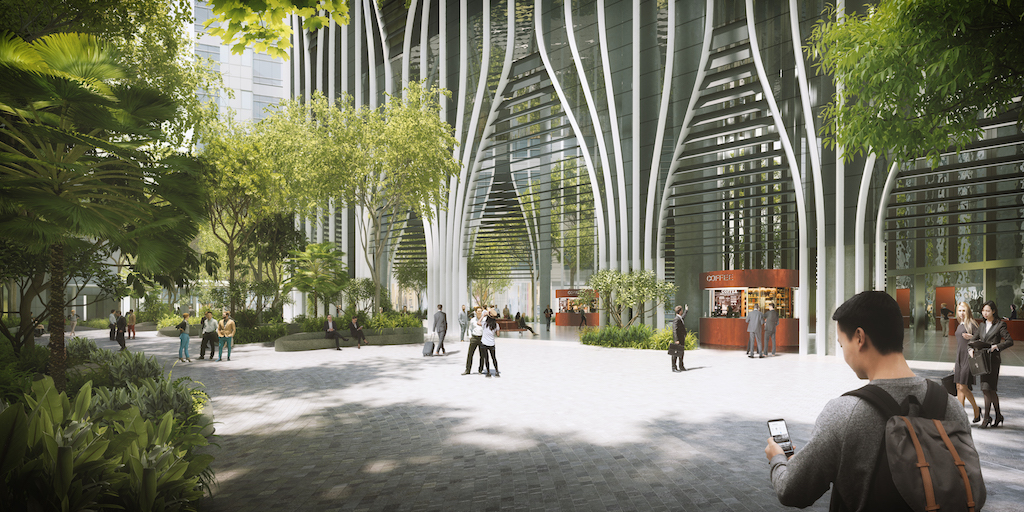 The skyscraper’s exterior façade consists of vertical elements that are pulled apart to allow glimpses into the green oases blooming at the base, core and rooftop. The building shows an interplay of orthogonal lines interweaved with tropical vegetation. 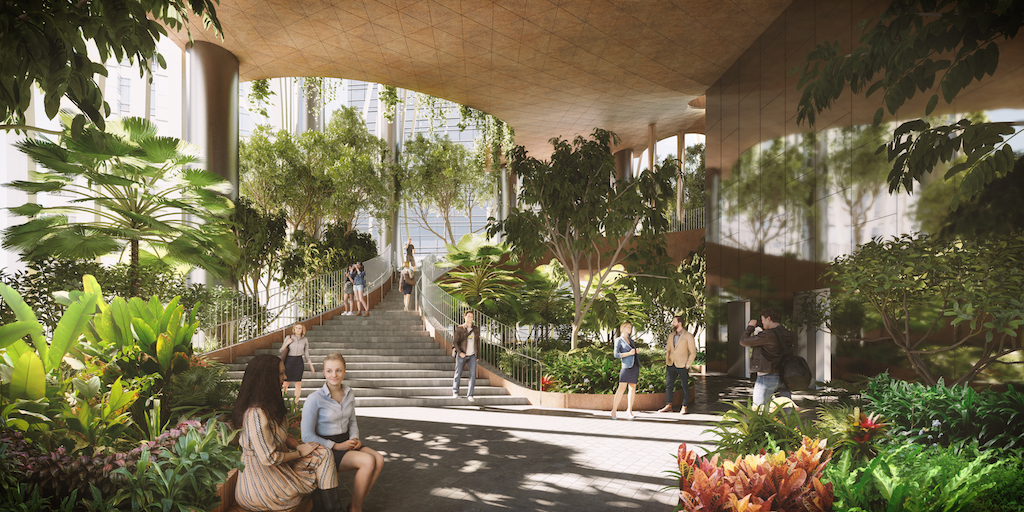 The indoor space is characterised by an array of hi-tech solutions, shaping a series of fully responsive spaces for work or leisure. Sensors, Internet-of-Things (IoT) and artificial intelligence capabilities are scattered throughout the tower, which will enable the tenants to customise their experience of the building. The focus on achieving a truly responsive architecture advances CRA’s decade-long research in this field, following up on projects such as the award-winning renovation of the Agnelli Foundation headquarters in Italy. 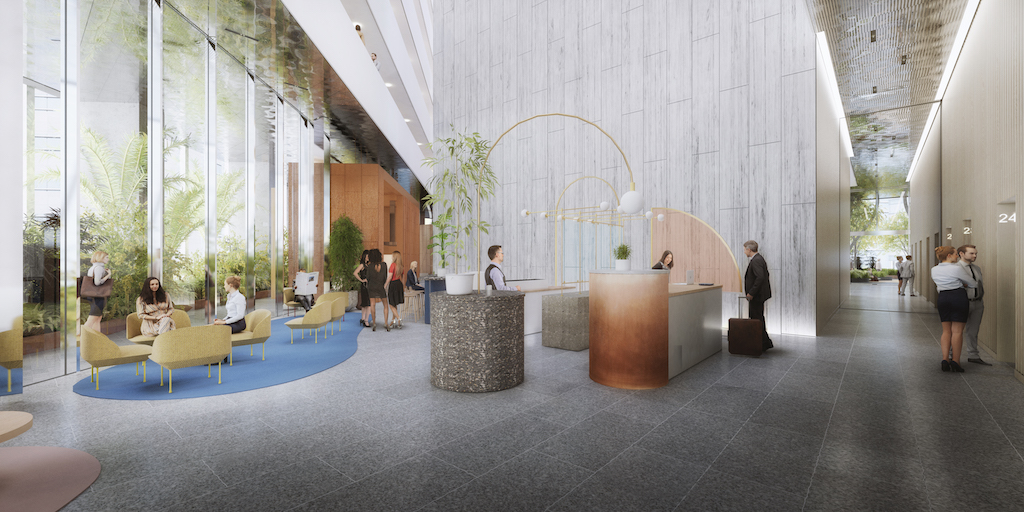 “At CRA, we aim to design spaces that can foster novel interactions. In this project, green areas are made accessible to the public at different heights, allowing the city’s exuberance to extend throughout the entire tower. Working in nature will be as essential to the experience of the building, as are the most advanced digital technologies, offering us a glimpse of tomorrow’s offices.” – Carlo Ratti, founding partner at CRA and Director of the MIT Senseable City Lab. 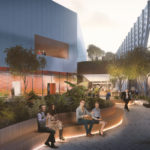 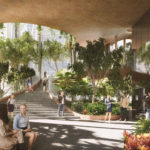 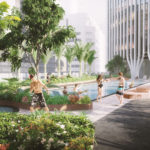 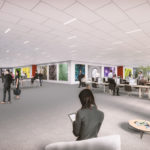 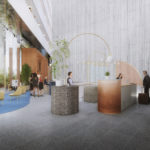 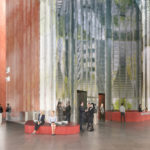 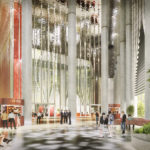 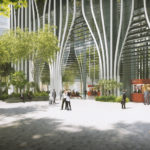 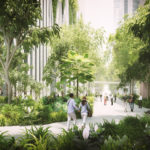 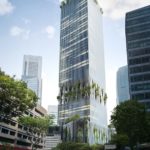 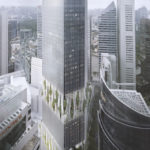 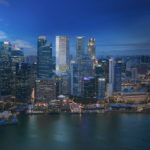 With a strong emphasis on smart cities, Ratti’s projects continue to plug into the zeitgeist that is driving contemporary urban development in many countries around the world. Recently, CRA announced a new project in Brazil called Biotic – a high-tech innovation district immersed in nature. Located in capital city Brasilia, and launched back in 2018, the recently-commenced project reinterprets Lúcio Costa and Oscar Niemeyer’s modernist masterplan for Biotic by reimagining superblocks to create a “street front” and implementing climate bioremediation to promote outdoor working and gathering. 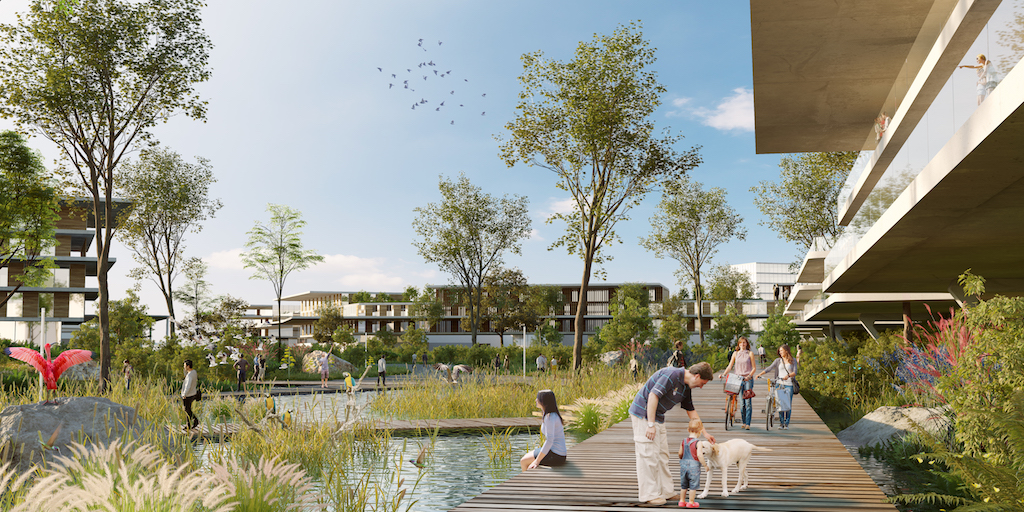 CRA together with consultancy firm EY, has developed a masterplan for public real estate company TerraCap, a 1 million m2 (10 million square foot) technology and innovation district in Brasilia. The project is located on the hinge point between Lúcio Costa and Oscar Niemeyer’s UNESCO World Heritage “Plano Piloto” – the foundation of the Brazilian capital in 1960 – and the Brasilia National Park, a 42,000-hectare green area in the northwest of the Federal District. Biotic, inspired by Brasilia’s UNESCO World Heritage masterplan, proposes the principle of domesticating nature – by creating a new hybrid environment aimed towards both social and environmental sustainability. 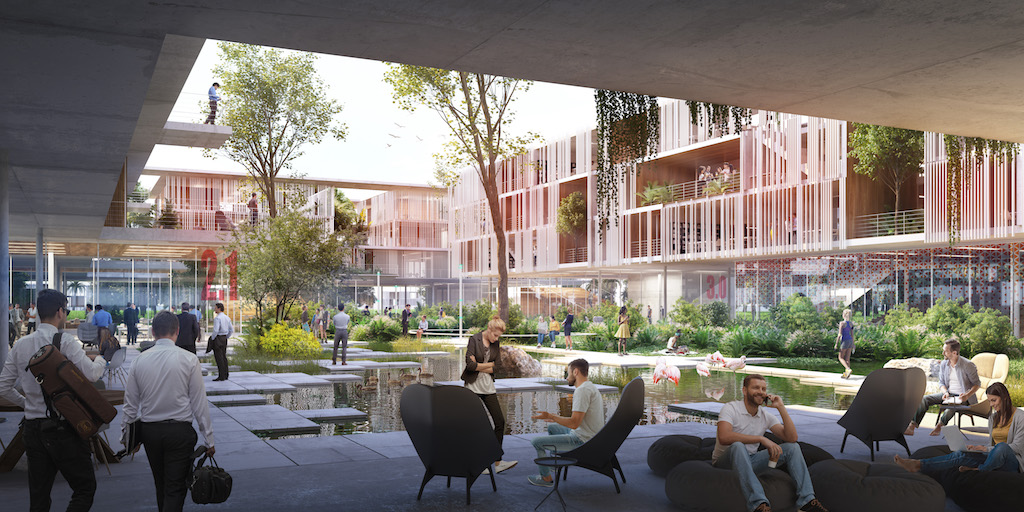 As a major extension of Brasilia’s historical master plan, Biotic will feature residences, offices, plazas, and parks, engaging with the modernist heritage in novel ways. In the BIOTIC project, the four urban scales defined by Costa in “Plano Piloto” – the residential, the monumental, the gregarious and the bucolic – are re-mixed in a human way. 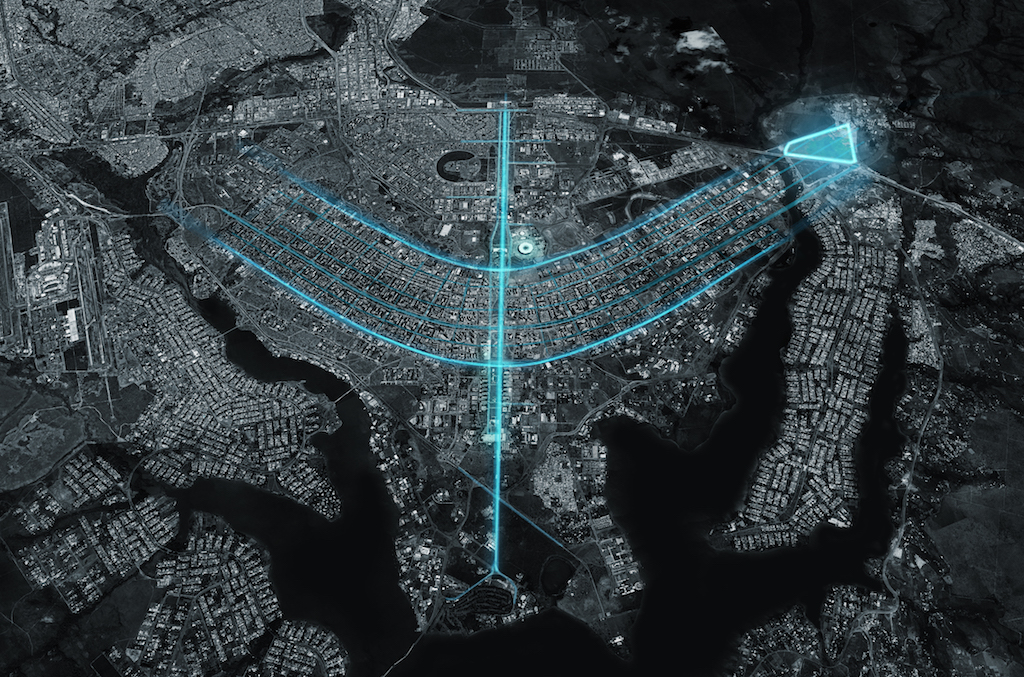 “The first time I visited Brasilia, a friend and long-time city resident told me a long-standing joke: ‘You know what the problem of Brasilia is? The district of cafés is far away from the district of sugar.’ In short, a key issue lies with the lack of mixed-use and with the strictly functional subdivision of the city according to modernist principles – which we are aiming to overcome with our plan.” – Carlo Ratti, founding partner CRA

Beyond mixed-use, in the masterplannig scale, Brasilia’s iconic Superquadra (or superblock) modules are subdivided in pedestrian blocks with street fronts. As recently done in Barcelona by reprogramming street level on the Cerda Eixample blocks, internal neighbourhoods are protected from traffic and pollution and strengthen pedestrian spaces for social cohesion. By reversing the distribution of volumes on the Superquadra, the plan creates streets and vibrant plazas open to social activities. The natural scale is highlighted through a green corridor that connects the nearby Cerrado to the Biotic site. 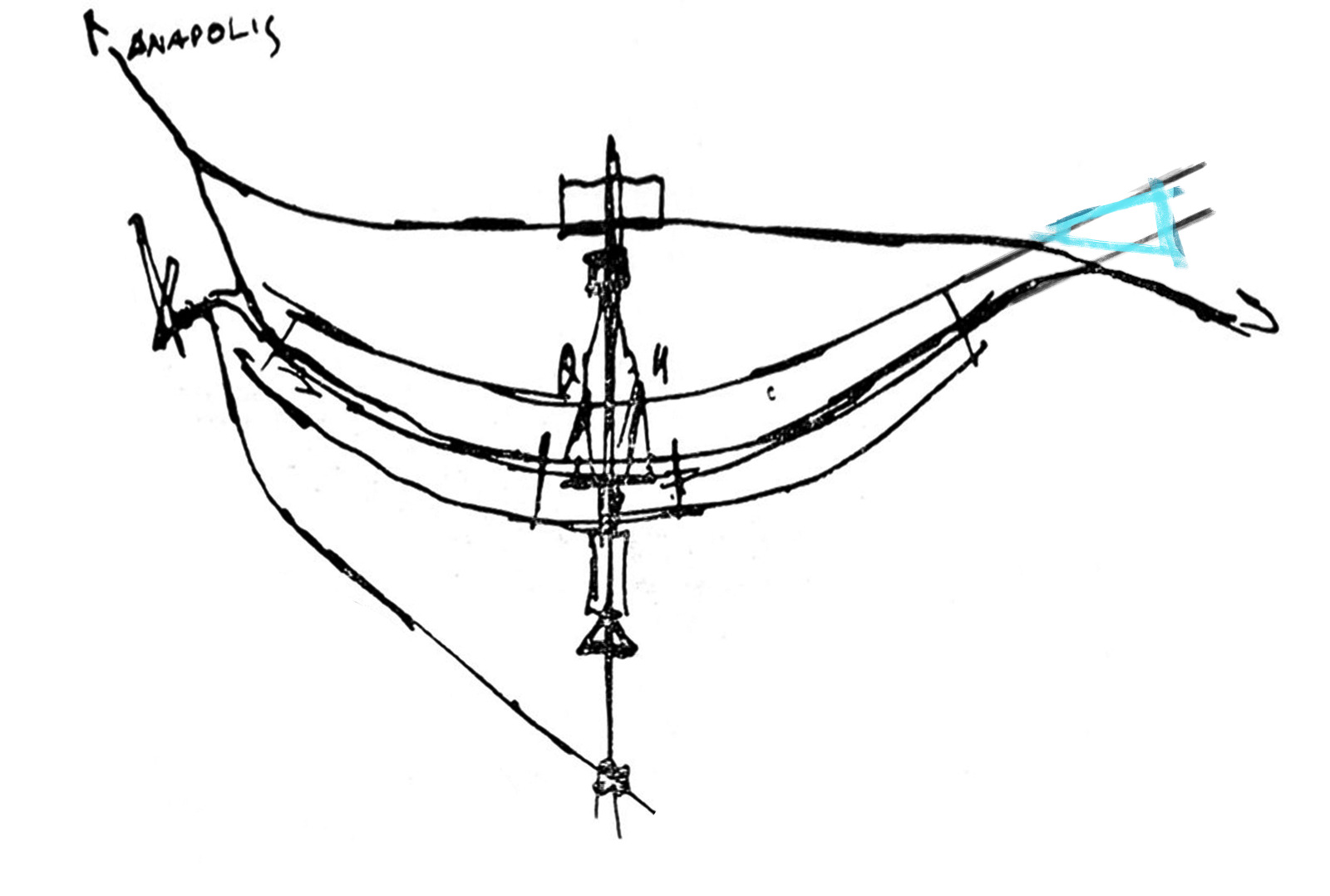 “Brasilia is a fascinating metropolis: a monumental axis and two wings that captivate you when you look at it from the plane,” says Ratti. “However as French intellectual Simone de Beauvoir once said: “Brasilia is an expanse of elegant monotony – the street, that meeting ground of passers-by, of stores and houses, of vehicles and pedestrians do not exist in Brasília and never will. Our project aims to counter this proposition and bring a new vibrancy to Brasilia.” 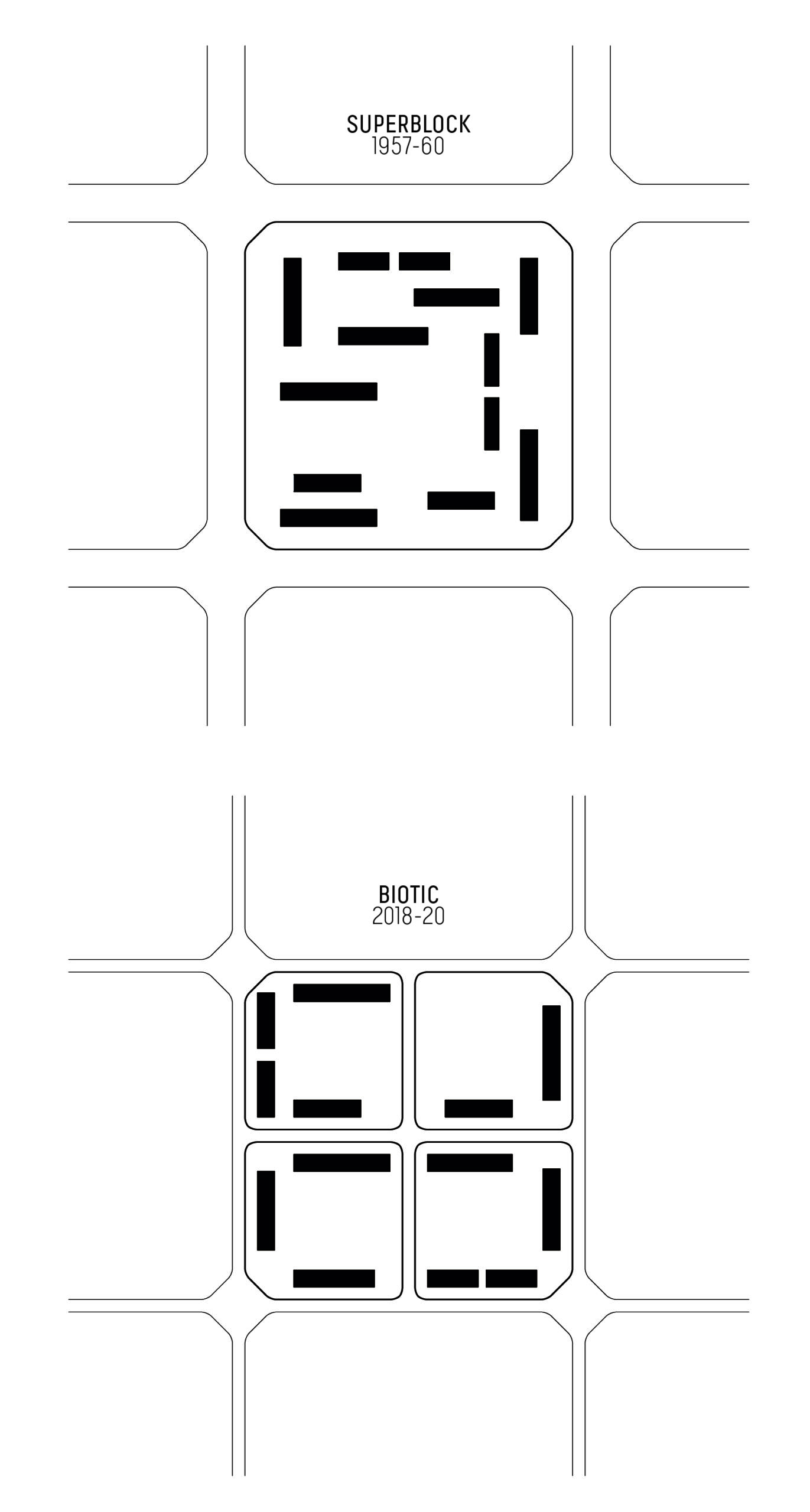 The project also envisages the possibility of Outdoor Office environment, thanks to Brasilia’s year-round mild climate. Beyond turning its vibrant alfresco restaurants and cafés into spaces for smart working, all curtain walls in the buildings open like real “curtains”. Using digital technologies to manage sunlight, wind, and temperature, Biotic offers its occupants the chance to work in close contact with nature, which is scattered around plazas, pedestrian areas, shared vegetable gardens, laboratories, and retail facilities. People can seamlessly move between public and private, open and secluded areas.

“The office buildings, hovering above the ground level, are designed for sun and wind to come in. Thanks to a system of openable wooden facades that can slide along the building like a curtain, the interior spaces will open to the exterior, allowing users to enjoy Brasilia’s weather. This project merges the interior and exterior into one space.” – James Schrader, project manager at CRA

The project continues CRA’s commitment to master planning and urban innovation, with a growing portfolio that includes MIND (Milan Science & Innovation Park) in the former site of Milan Expo 2015, the Ciudad Creativa Digital in Mexico’s Guadalajara, and the plan for the requalification of the former Patrick Henry military village in Germany’s IBA Heidelberg. Innovative mobility is another focus of BIOTIC. The site’s internal streets and roads are accessible exclusively to self-driving and shared vehicles, as various positive changes like improved traffic, lower carbon footprint and new business opportunities are expected to come with the spread of autonomous cars. 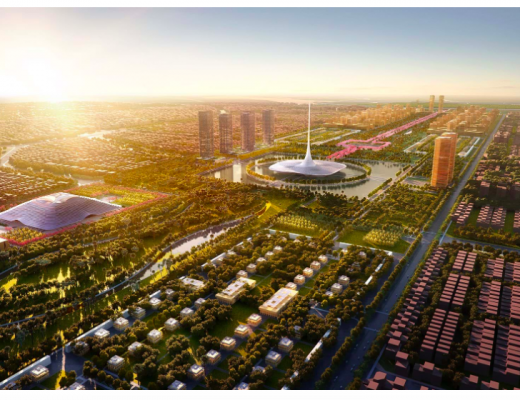 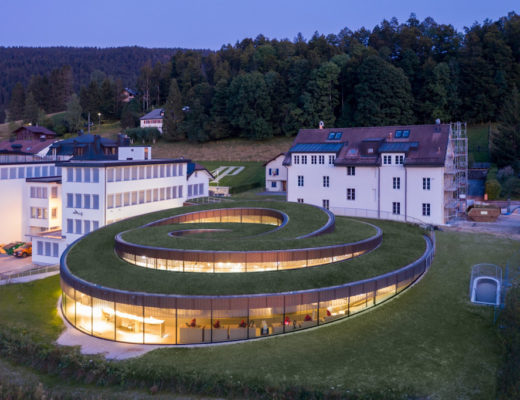 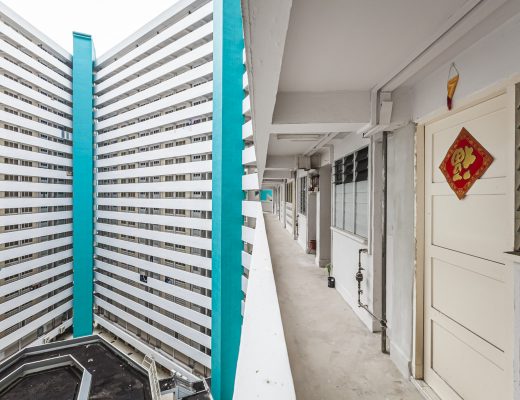