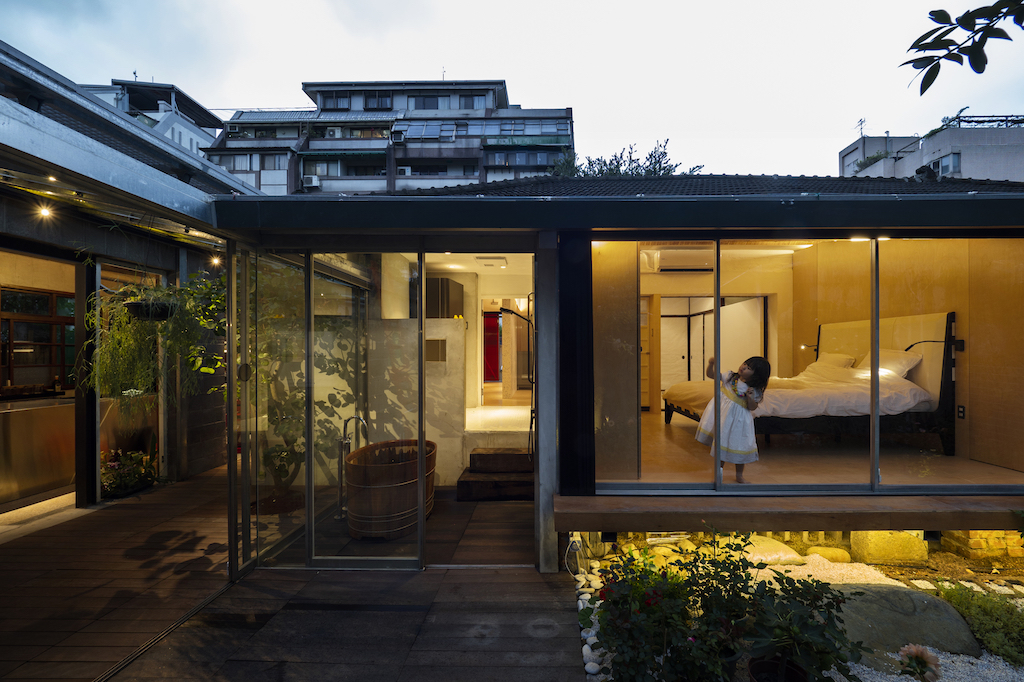 A small project designed by Taipei-based practice JC Architecture beat numerous entries from around the world to win the Interior of the Year award at the INSIDE Festival. The judges described it as: “A Machine for Green Living: DIY, low-cost and low-tech, yet imaginative in layout, design details and materials as well as being innovative in building and environmental technologies.” 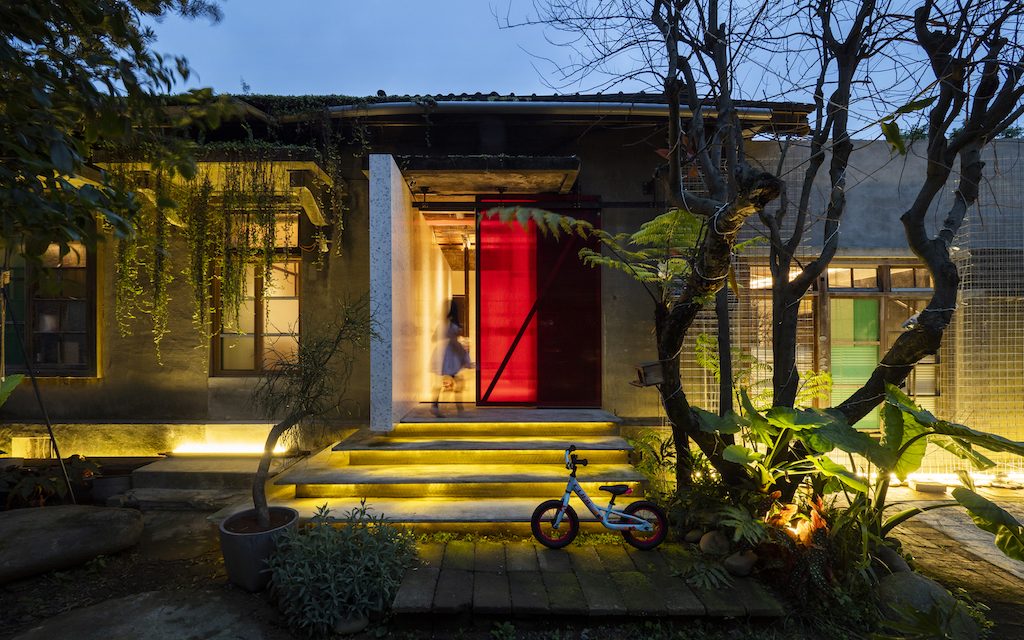 The practice co-founded by Johnny Chiu and Nora Wang places emphasis on the interaction between humans and spaces. The 90-year-old 223m2 building, now named Living Lab, was rented by JC Architecture from the National Taiwan University. Built when Taiwan was under Japanese rule, the structure has undergone significant alterations and had largely been used as a dormitory. Eventually, it fell into a state of disrepair and had no toilets, missing floors and crumbling walls.

The firm took it upon themselves to transform the building into a comfortable home that catered to the needs of a modern family while preserving its varied history. 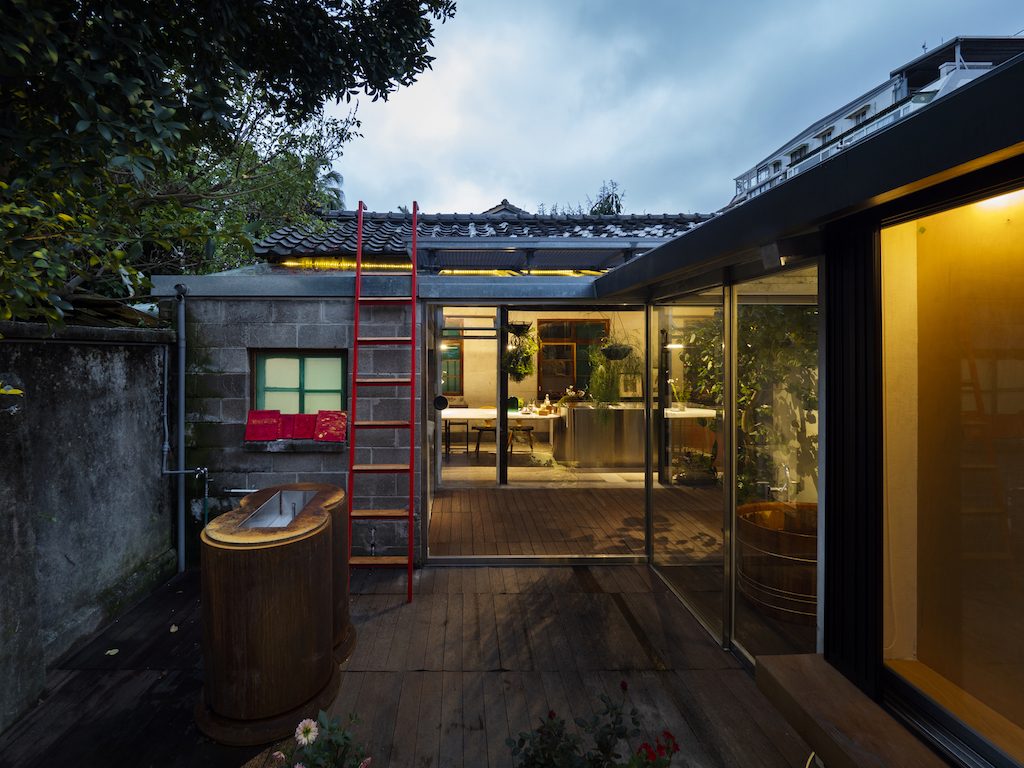 “In the city, we long for the sky; we long for the grass. We long to feel the drops of rain on our cheeks. We long to feel the sun on our skin. On this site, we have created a new environment in an urban world, full of possibilities. It is our goal to revive the city through these spaces, by providing a safe place for a person to relax in.” – Johnny Chiu and Nora Wang, co-founders, JC Architecture

The practice hopes that the adaptation will serve as a blueprint for reviving similar neglected historic properties throughout the city. 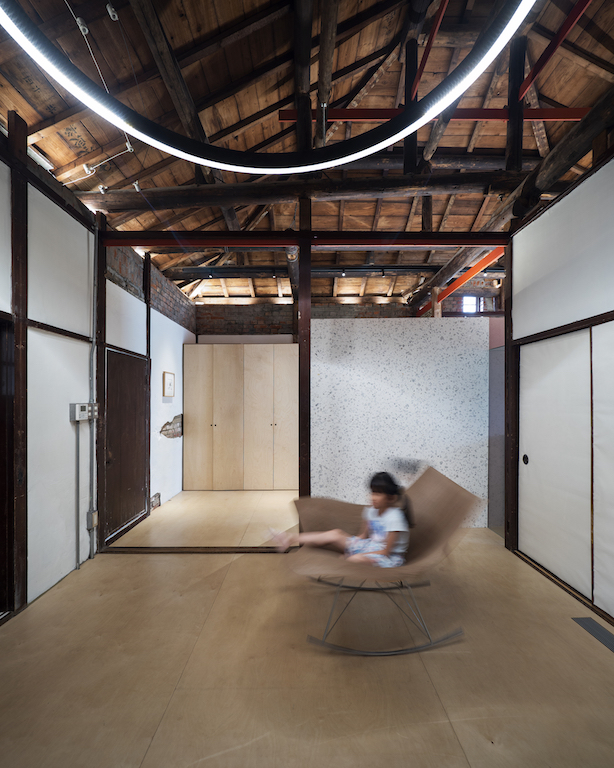 Chiu explains: “Beginning from the era where the Japanese occupied, to development after the establishment of the Taiwanese government, to the 10-year famine that took place, we left traces of all these historical events in the design. The use of Japanese wood, the traces of single dormitory in the 50s, the vines that grew in the backyard – let the future be built on these foundations.”

A 6-metre long wall separates the public spaces from the private. With the Japanese private house as the main space in the residential space, additional public space was added in the 50s, including a public kitchen and living room as well as a flex space for public meetings that take space. 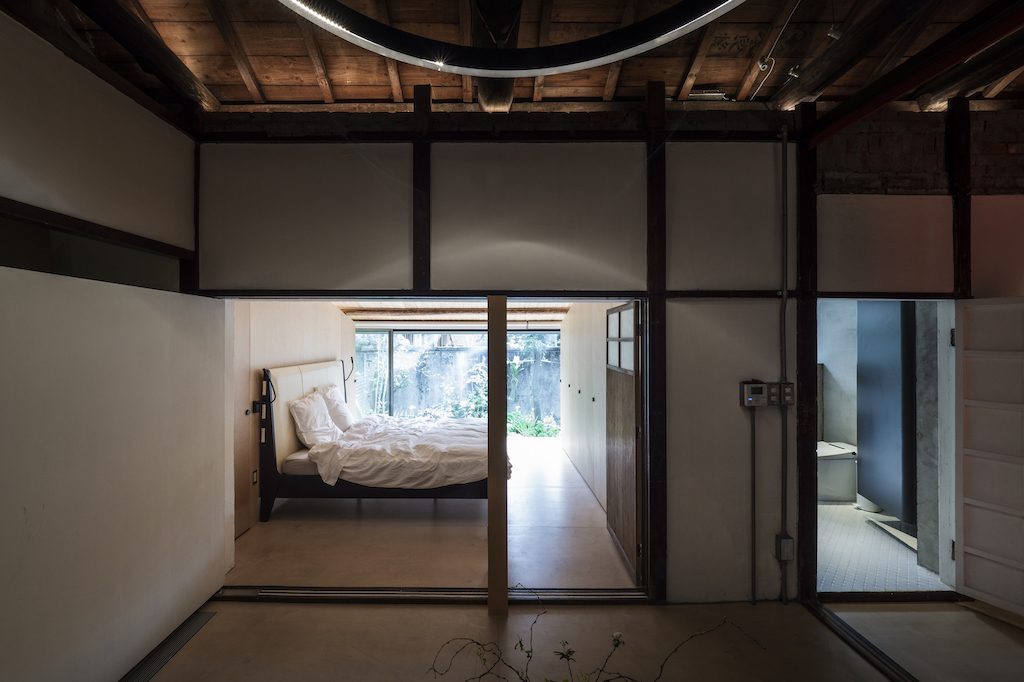 Clean and modern materials create a strong contrast between modern times and historical times. Exploiting this contrast, the insertion of the door into the wall symbolises the infusion of new energy into the existing. Children have always been the main focus in space. We give them space to let them jump and run freely.

Every space is both a place to walk and a place to stop; a place to open and a place to close. The arrangement of spaces is what creates connections and interactions. The master bathroom is connected to the main living space, backyard, and kitchen-dining area. The tub has become the element for summer external activities. 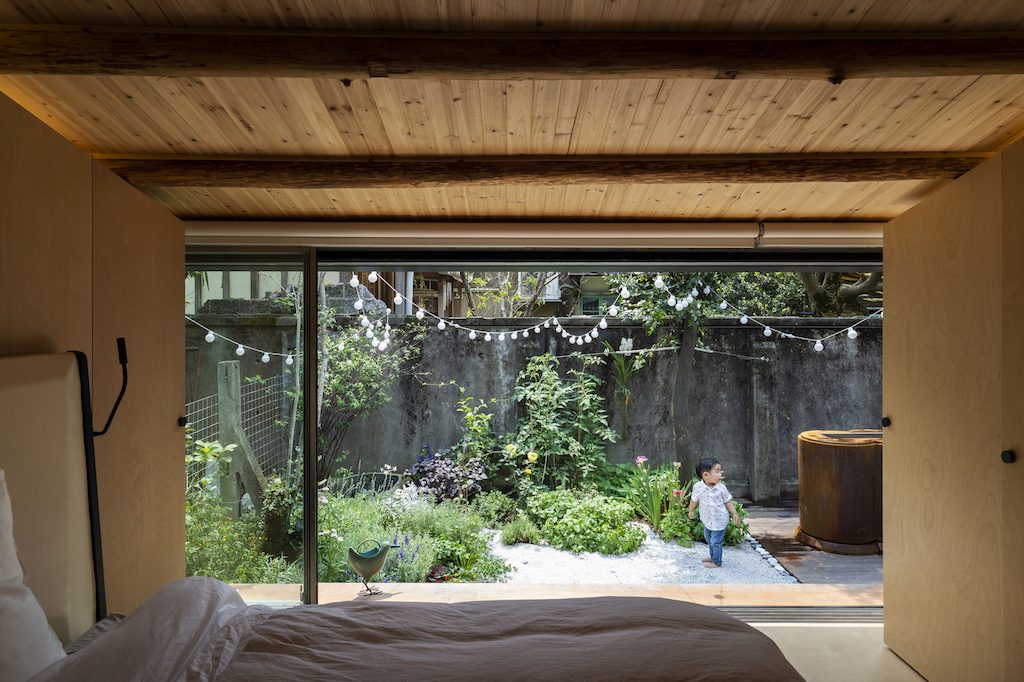 The greenery plays a role in creating spatial fluidity where the sunlight and wind flow through it. The skylight of the roof shapes a light path, and carries a majestic tree and acts as a guide for the house, from the beginning to the end. The exterior red staircase reaches up to the roof, connecting the ground to the sky, and even the block to the city.

The house has been designed to evolve as the family’s needs change. 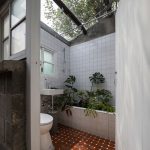 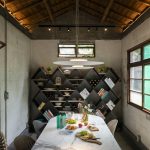 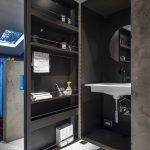 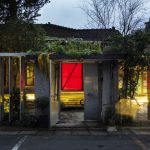 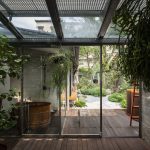 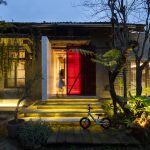 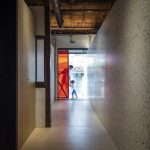 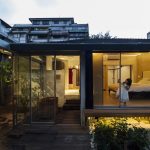 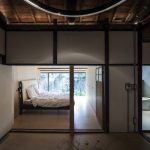 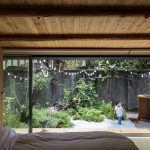 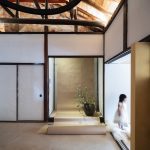 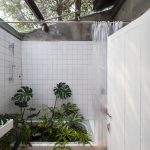 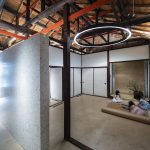 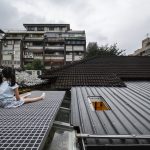 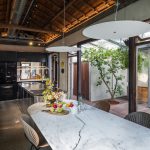 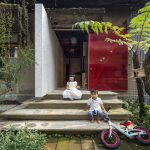 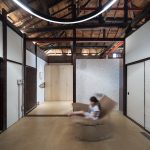 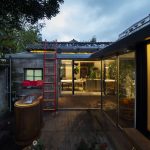 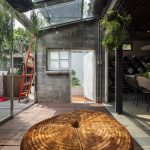 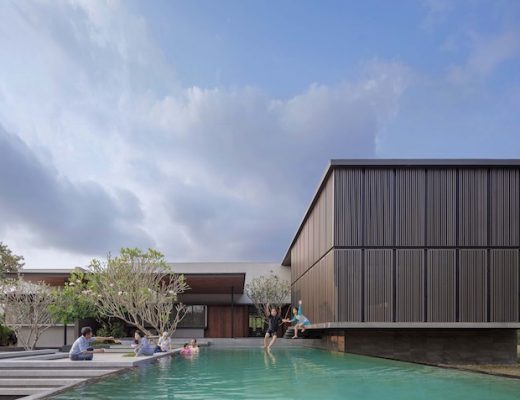 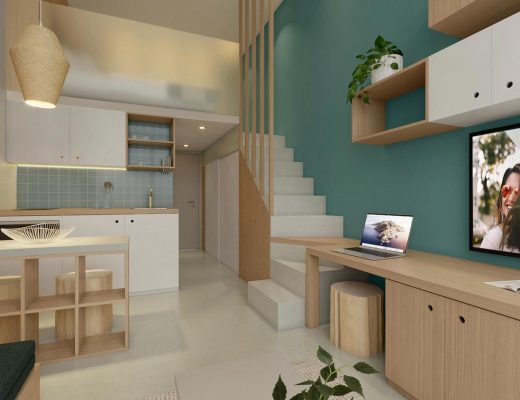 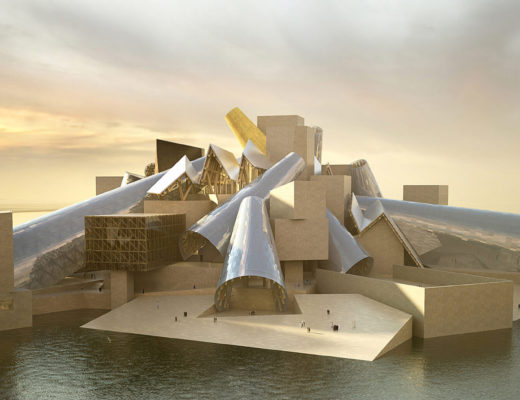