A disused stone quarry in Wujiatuan Village at Songshan Residential District in the city of Weihai, Shandong Province, China, has been converted into an open-air amphitheatre. It has been named by the local residents as “Shi Wozi” (Stone Nest in Mandarin).

Inspired by the ancient Greek and Roman amphitheatres, such as the Piazza del Campo in Siena, as well as the musical stage of Dr Sun Yat-Sen Mausoleum in Nanking, the team of architects, led by He Wei, took note of the exposed jagged precipice and steep cliff. The question was “how to transfer this relatively small stone of just 280m2 that once adversely affected the environment into a public space that will benefit the local people?”

Although the environment of this old stone pit is quite different from that of the ancient Greek amphitheatre concept, the architects found a logical intertextuality between them and saw that an open-air theatre, as a public field, will bring fresh vigour and new opportunities to the local community, which could be used as a public communication piazza for gatherings, musical and theatrical festivals. More than mere simple beautification of the landscape, this kind of space is also supposed to augment cultural and industrial functions to the project, which should provide solutions on the abandoned industrial remains.

To preserve the surrounding nature, the architecture team embedded the architecture into the existing landscape and mountain features. The cliff of the site has been preserved, without any processing, as the background wall of the amphitheatre, which, with its arc-shaped form produced by quarrying, realises optimum acoustics.

From the architect’s point of view, the cliff itself is the most significant content of the entire performance, which is not only the background of the stage, but also one of the major performers. Its existence, as the start point of the whole space, determines the characteristics and atmosphere of the theatre. The audience area is set up with in the cliff, of which the height is gently elevated starting from the horizontal plane of the stage, forming a rounding upward field. The shapes of the stage and the audience area are fitted to the original terrains, without being compelled to pursue symmetry. The seat terraces of the audience area are designed as free broken lines to strengthen the landscape efficacy of the venue.

The ground of the original site is a slope descending downhill from the cliff, contrary to the ascending tendency of the audience area. Complied with this feature, a new architectural structure is added under the audience area, and they share the same supporting system, with functions of storage, public restrooms and café, providing the theatre with logistics and public supporting services. To avoid taking away the protagonist status of the cliff, the height of the architecture has been brought down as possible and its exterior appearance tends to be relatively orderly and neat.

A series of French windows form the front architectural façade. And, the intentionally consolidated thick walls between the windows evoke feelings of a cave, echoing its history as stone pit. On both sides of the building, steps and ramps are arranged for people’s entering and leaving the stage zone, surrounded by high and big walls and slightly oppressive or circuitous, becoming transitional space before entering the main space, which cause an effect of “refraining before highlighting”. The rubble of the stones generated during the excavation has been used as masonry.

The green belt before the architecture is divided into sections uneven in size by stone pathways, echoing the terrace partition of the audience area. And the traffic line leading into the theatre takes shape of a curve, demanding that people have to walk around the whole architecture for at least a half-circle before entering the theatre, which strengthens the sense of ritual, as well.

The interior space of the architecture is small and relatively simply planned, with slanting roof, on which the irregular skylights imply the connection of the building to the audience area while enhancing the dramaticism indoors. Through the fundamental concept of cave, pit and an industrial sensibility for the interior architecture design, the team of architects hope to endow the spatial atmosphere with a hard touch referencing the history of the site.

The amphitheater provides community services for the surrounding villages, such as public gatherings, cultural and leisure activities, to solve the long-term lack of public community space in the area. At the same time, music festivals, drama festivals and other activities can also be held in the new building, bringing vitality, economic income and public exchanges to the local area. After the building was put into use, several country music festivals have been held there and received positive response from the local residents and villagers. 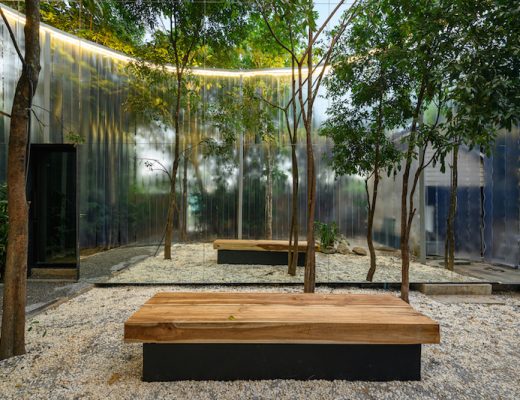 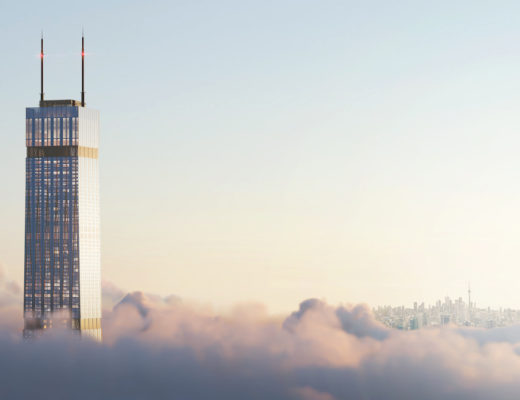 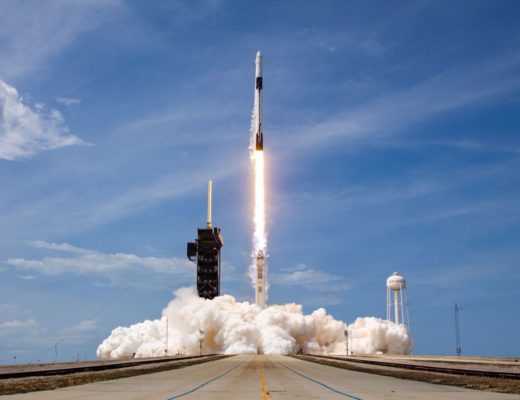