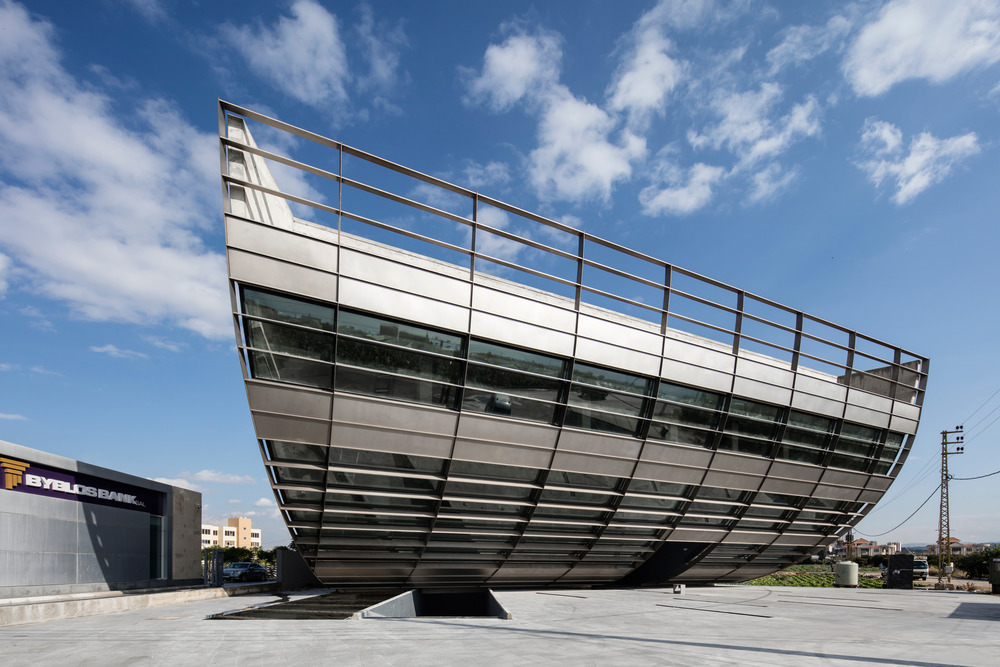 Lebanon has been lately gripped in a series of crises such as economic challenges as well as the massive explosion that rocked capital city Beirut in August this year. Amid all these adversities, As an existential financial crisis threatens Lebanon, the opening of the LSB regional headquarters, located in the city of Tyre on the southern coast of Lebanon, examines the untapped potential in challenging established code.

Tyre witnessed uncontrolled urban development during the Lebanese civil war that spanned from 1975 to 1991. Post-war, newly adopted building codes favored an increase in the densification of existing neighborhoods and a disregard for public space that enabled the continued sprawl.

“Presented with a cornerstone lot in a vacant newly repurposed agricultural zone, we encountered both a challenge and a responsibility,” explains Karim Fakhry, principal at Domaine Public Architects (DPA).

“How do we mediate between the client’s emphasis on maximum visibility and exposure while emphasising spatial values that could serve as a precedent for upcoming development?” asks Jean Nmeir, co-founder at DPA.

The headquarters establishes a balance between maximum visual presence and minimal physical presence. Limited to just three floors, it is more visually prominent than its actual scale. The structure, with its post-tensioned roof and nine-meter cantilever, allows for a minimum building footprint. It thus liberates the ground floor from all structural elements, enabling a shaded public plaza as an open flexible space that can host various curatorial programs.

A sense of community would be further activated when future buildings emerge on adjacent sites.

The financial crisis and severe capital controls enacted by the banking sector resulted in increased hostility between the financial sector and the people. The design strategy with its emphasis on public space is ever more relevant today as it re-establishes a dialogue with citizens and promotes social participation. A sequence of inclusive spaces promotes interaction as visitors transition from the open public plaza into a more private courtyard.

Three primary visual connections further emphasise the role of the public spaces and respond to the context and orientation. The trapezoidal courtyard creates a visual conduit between the multi-level offices and the central circulation space. The curved main façade hovers over the plaza to create a direct visual dialogue between the offices and the outdoors. The windows of the eastern and western façade frame the distant landscape while limiting solar gain.

The architectural elements perform dual roles. While they enhance public engagement, they also advocate for sustainability. The cantilevered volume, angled based on sun exposure and optimum latitude, is thus self-shading. Facing south, it both maximises solar gain in winter and limits heat gain in summer. The courtyard enables passive cooling and cross-ventilation while maximising internal natural light. The steel screen replaces the client’s want for security gates and performs as a curved brise-soleil, shading from southern sun exposure.

The skin and structure complement each other, as the structure enables the expansive public space, the skin adds depth to the main façade while lending a lightness to the heavy concrete building, an interplay between the building’s visual and physical presence.

The building code was the most challenging parameter to the conception of the public space. Existing laws stipulate that any outdoor area located under a built structure is considered interior space. It is therefore deducted from the total allowable built-up area. Given that it is not an enclosed space it has no monetary value. The development of civic and community space has thus been heavily discouraged by law, even accompanied by financial waste.

“To remedy the value loss, we implemented a series of spatial maneuvers. First, we omitted the roof over the third-floor terrace, excluding the space from the total floor-area ratio (FAR). We then replaced the balcony space on the ground floor with an open courtyard, gaining additional area,” elaborates Fakhry. The interior glass enclosures were included in the blueprints but not executed on site. This allowed interior space to be counted as a balcony allowance. “When the laws work against you, why not outmaneuver them for the greater public good?”
The recent events have forced the Lebanese to re-examine their country’s policies and existing laws. The LSB regional headquarters challenges established code and effectively enhances urban public space, social engagement, and sustainable development.
As the Covid-19 pandemic deepens the financial crisis, work on the landscape of the open plaza was halted. Once populated with greenery, the plaza will welcome the public and symbolise human-centric and environmentally conscious growth. 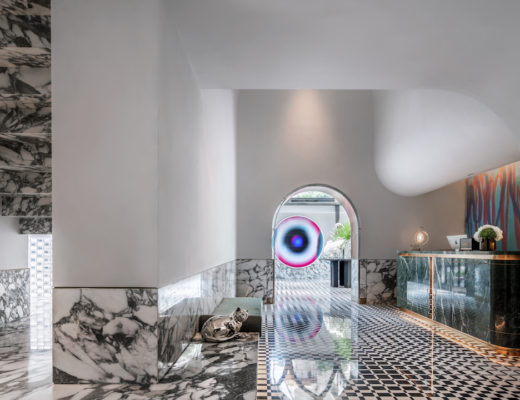 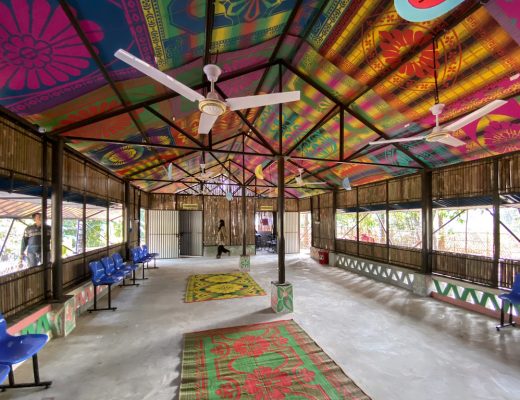 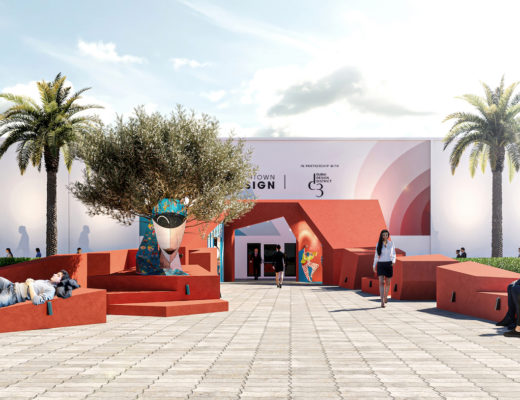